Kashmir dispute cause of tension in South Asia, UNGA told 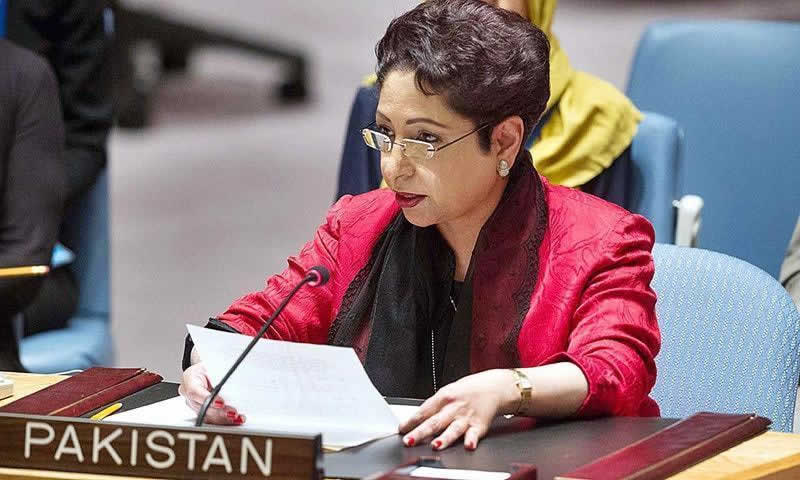 Kashmir dispute cause of tension in South Asia, UNGA told

Pakistan told the United Nations General Assembly during a debate that “the unresolved Jammu and Kashmir dispute remains the root cause of tensions and instability” in South Asia.

Pakistan’s Ambassador to the United Nations Maleeha Lodhi said that the longstanding dispute had to be addressed boldly and decisively if enduring peace and stability was to be established in the area.

She pointed out during a debate that for over half a century UN resolutions pledging a plebiscite to allow the Kashmiri people to exercise their right to self- determination had not been implemented.  “Instead the people of Kashmir have suffered brutal oppression,” she said, adding that the urgency of peacefully settling the dispute was even more compelling today.

She said that calling for termination of these consultations, as a precondition for dialogue, is unacceptable as well as counter-productive, referring to the Indian pre-condition for talks. “Escalating tensions on the Line of Control in Kashmir and the Working Boundary also require Pakistan and India to take possible measures to avert further escalation.” She said “it was against this backdrop that Prime Minister Nawaz Sharif announced a four-point peace initiative in this General Assembly on Sept 30. “This should have evoked a positive response from India. But this has not been forthcoming.” Nevertheless, she said, Pakistan stood ready to engage in a dialogue on all outstanding issues.