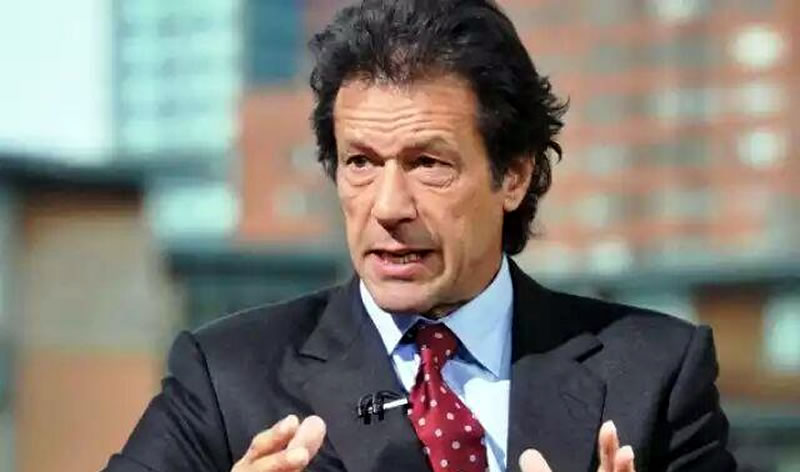 Pakistan cricket team in the upcoming ICC World T20 due to what he said were ‘hateful’ statements by the Himachal Pradesh chief minister.

Pakistan are scheduled to play arch-rivals India at the Himachal Pradesh Cricket Association ground in Dharamsala in their second World T20 fixture on March 19. The government of the northern state of Himachal Pradesh refused to provide security for the upcoming World T20 tie, citing a January attack on an Indian army base. Chief Minister Virbhadra Singh said last Sunday that the match should be moved to another venue out of respect for the “martyrs” killed in the assault by militants on an Indian air force base in neighbouring Punjab, an attack India blames on Jaish-e-Mohammad.

He has threatened not to provide security for Pakistan’s players at the Himachal Pradesh cricket ground in the Himalayan town of Dharamsala where the clash is due to take place.

Imran Khan believed that the representatives of the Indian government are promoting tension and hate between the neighbouring countries. “The statement by the Himachal Pradesh Chief Minister is an irresponsible one and is totally against the standards of hospitality and hosting,” said the cricketer turned politician while talking to the media.

Khan said that the Pakistan team has to travel to India to carry out an international obligation which is their right. “The Chief Minister’s statements clearly promote hate,” he said. “Amid this situation, I don’t believe the Pakistan team should play at Himachal Pradesh,” added the 63-year-old. Pakistan kick off their World T20 campaign on March 16 at Kolkata before they travel to Dharamsala for the high-profile encounter.