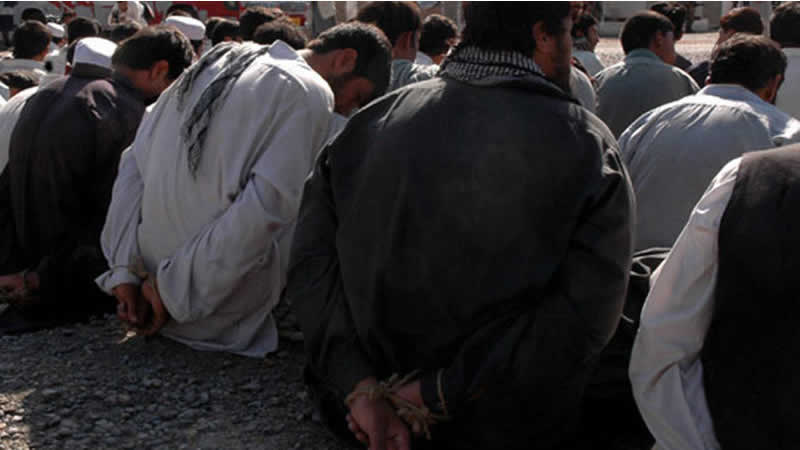 In a delayed move, the police registered four separate cases against 501 religious workers, including their leadership, under the Anti-Terrorism Act (ATA) for creating terror and violence in society and formally arrested those booked in Rawalpindi on Sunday during clashes between workers of religious parties and police.

It took more than 24 hours to decide whether the protesters booked by police were to be released or formally arrested as the authorities concerned were waiting for the outcome of efforts by the government to persuade the marchers to disperse peacefully from D-Chowk.

But after their efforts proved unproductive, it was decided to register cases against the protesters who were picked up by police during the show down in Rawalpindi on Sunday. Though the CPO Rawalpindi had claimed that around 1,000 people were booked as over a dozen, including he himself, were injured during clashes, the cases were registered only against 501 people.

“Yes, cases have been registered against the protesters, including their leadership who were involved in violence, under Anti-Terrorism Act (ATA),” City Police Officer Israr Ahmed Abbasi told Dawn. The arrested people were detained in different police stations of Rawalpindi and Gujar Khan. All of those arrested would be sent to Adiala jail on Tuesday.