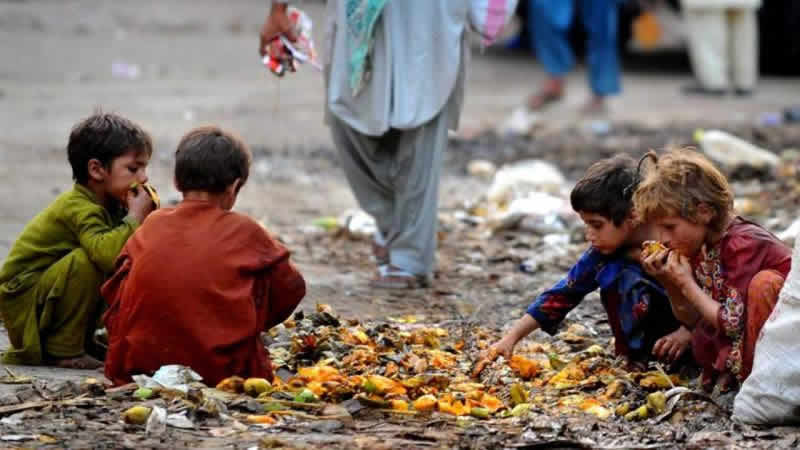 The PML-N government on Thursday announced that 60 million Pakistanis are living below the poverty line, posing a challenge for the ruling party.

The number of poor increased owing to the adoption of a new methodology for measuring poverty which uses the 2013-14 survey data, said Minister for Planning, Development and Reforms Ahsan Iqbal.

Addressing a seminar on ‘Poverty Estimation’ while co-chairing along with Finance Minister Ishaq Dar, Mr Iqbal said the incumbent government was committing itself to a greater challenge because 2001 poverty line formula that placed 20m people poor was outdated and misleading. The new poverty line estimates the number of poor households at 6.8m to 7.6m. “So we are raising bar for ourselves. But we have decided to do so,” the minister said. Using 2013-14 data, the poverty headcount ratio comes out to be 29.5pc of the population. In monetary terms, poverty line stands at Rs3,030 per adult equivalent per month, the minister said. Under the old poverty line, the percentage of the poor fell by around 25 percentage points, from a high of 34.6pc in 2001-02 to 9.3pc in 2013-14.

Further analysis of the past data under the new poverty line estimates the poverty headcount ratio at 63.3pc in 2001-02, which has now fallen to 29.5pc. Headcount poverty was computed in Pakistan in 2001. Since then the ground reality has changed altogether amid structural reforms, liberalisation, social safety nets, increase in remittances and natural calamities. In the 16 years, the country has changed in many important ways. The line, therefore, sets far too low a bar for inclusive development policies, he said. “We needed to choose from reference group, measure of welfare (calories) and method,” the minister said, adding: “We have chosen 10-40pc of distribution as reference group, 2,350 calories as minimum welfare measure and cost of basic needs as method.”

Read More: The Broken Down Pakistanis

Official poverty figures have not been released since 2005-06. Meanwhile, Mr Dar said there was no need to go for a new International Monetary Fund (IMF) programme. “The government has taken several steps to promote economic growth in the country.” He said the foreign exchange reserves have touched a historic high level. The minister said that poverty is a challenge and the government would take measures to cut it. “Whatever the methodology, the poverty level in the country has declined,” he said.