PM Determined To Clear His Children In Panama Controversy 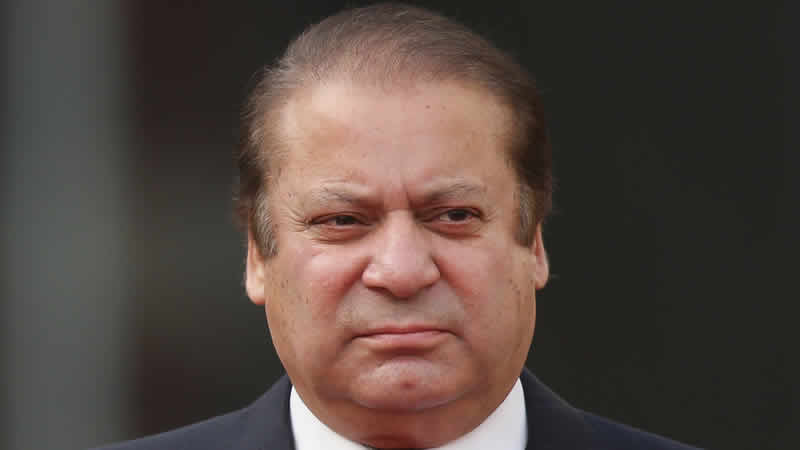 PM determined to clear his children in Panama controversy

Prime Minister Nawaz Sharif is determined to have his three children cleared of accusations of money laundering and tax evasion in the aftermath of Panama Papers leak, quarters close to the PM’s Office told Dawn.

The prime minister seems in no mood to waste any time, whether it is through the judicial commission he had announced earlier this month, or some other forum the government intends to complete the task sooner rather than later. If an agreement cannot be reached with opposition parties over the formation of a judicial commission, the option of a joint parliamentary committee, as suggested by the PPP leadership, could also be utilised, aides of the prime minister and ruling party office-bearers told Dawn in background discussions. According to the media wing of PM office, the prime minister spent the day in the family wing of the PM’s Office after his return from London overnight.

One of the federal government’s legal advisers told Dawn, “We have done our homework and the next move will be made after the PM is briefed  in a day or two  about talks with leaders of parliamentary parties that Senator Ishaq Dar has held over the past few days.” When pressed to explain the nature of this homework, the adviser said they were working to develop the question that will be laid before the judicial commission, that whether some violation of the law has taken place by those who have allegedly set up offshore companies. For the adviser, there were definite jurisdictional issues for such a commission, because no international banking channels or financial institutions would submit to a local commission.

Talking to Dawn, a PML-N lawmaker involved in the discussion over the government’s possible response to the opposition parties’ demand, said, “The government is also brainstorming the option of formally asking for the CJP’s input if the commission can be formed under his aegis or a serving judge of the Supreme Court.” To a question, he said that in case of a continued disagreement with the opposition, there was every likelihood that the government would go ahead with the commission. Whatever level and forum is employed, the lawmaker added, one thing was certain: the matter of the Panama Papers will be addressed legally so that it cannot create future problems for the PM’s three children. Hassan Nawaz Sharif, Hussain Nawaz Sharif and Maryam Nawaz Sharif, according to the leaks, are the legal beneficiaries of the offshore companies set up in British Virgin Islands.

Talking to Dawn, human rights activist Asma Jahangir said that it was more of a political than a legal issue, and hence should be handled politically, without destabilising the country. “Everybody knows that since the Ziaul Haq years, corruption has been politicised and everybody who could, including the Sharifs, have made money and laundered it in tax heavens,” said Ms Jahangir. Those who are raising questions about how the money was transferred to the UK or other destinations in Europe, she said, “one can see streets after streets in the UK and Spain, where people offer services to transfer money through informal channels.” Ms Jahangir said that since it was a moral issue, politicians in the west had resigned and others had presented their tax details. Unfortunately, in Pakistan, this has not happened, she said. “Suppose, if the present government goes home, we will have another similar lot in their place, until and unless people start hating corrupt politicians,” she said.