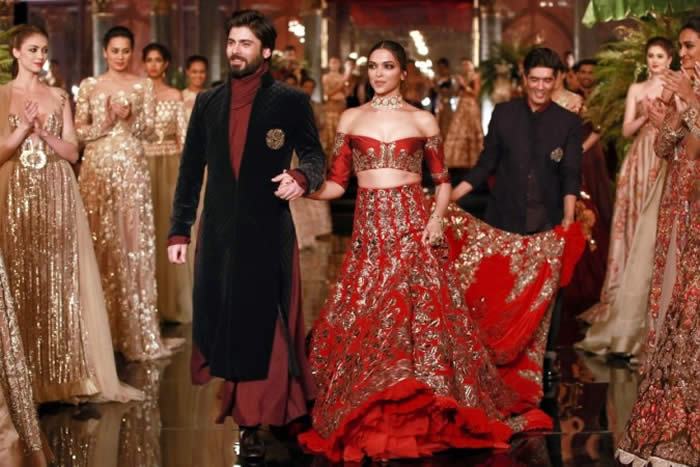 Earlier we have reported that Deepika Padukone had bagged her third role in director Sanjay Leela Bhansali’s film Padmavati alongside Ranveer Singh. However, there were several speculations on who will play the role of Deepika’s husband in the film.

It was known that the role was given to Vicky Kausal but even other actors like Shahrukh Khan, Shahid Kapoor and Hrithik Roshan were approached but they declined the role considering that they will be overshadowed by Ranveer Singh.

Now the search is over and the role of Deepika’s husband has been finalised after a lot of speculation and rumours. And yes you guessed it right, it’s none other than our very own Fawad Khan. Recently, Deepika and Fawad made a show-stopping appearance at the India Coutre Week for a Manish Malhotra fashion which turned heads and both of them impressed crowds and fans around the world.

The film will be based on the life of the Rani of Chittor in Rajasthan and how Sultan Alauddin Khilji played by Ranveer Singh gets obsessed with her and wins her heart. As a result many actors turned down the role of her husband Raja Rawal Ratan Singh until it was finally bagged by Fawad Khan. A source told that Bhansali who is known for his opulent sets and visual splendour has demanded around 200 days from all his lead actors including Ranveer Singh and Deepika. However, Fawad will also be given the opportunity to work in Karan Johar’s film. It is also said that Fawad Khan does not want to pass the opportunity, and since Bhansali and Johar are on a good equation it will not be a problem for him.

Interestingly, Ranveer and Deepika will not share screens as they do not meet in the film. Therefore, the scenes between them are being shot separately. As a result the first schedule is with Deepika and her husband’s character played by Fawad. Since she has no scenes with Ranveer, she will definitely be seen romancing with him. The film seems to be a complete gender reversal as seen as Bajirao Mastani, and will surely be and interesting film to watch and we are surely looking forward to it.