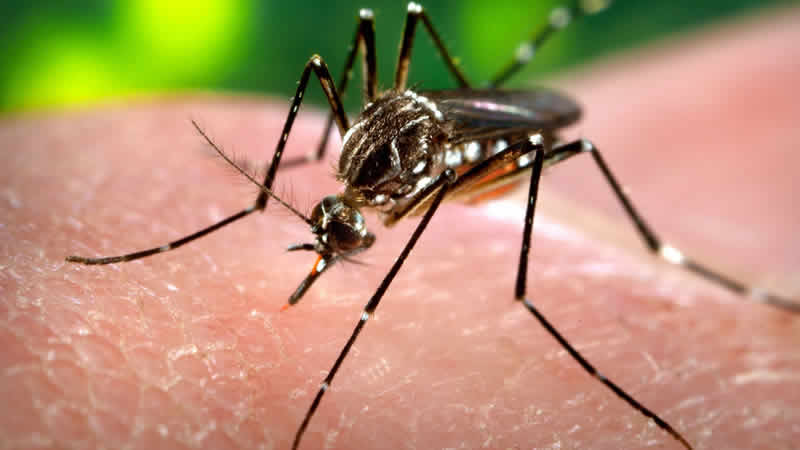 The U.S. Centers for Disease Control and Prevention on a conference call with reporters said local mosquito control efforts have not worked as well as hoped. It said pregnant women who live or work in the mixed-use area north of downtown Miami and their partners should make every effort to avoid mosquito bites. The CDC said people returning from the affected area of Florida should use mosquito repellent for three weeks to protect their families and guard against further transmission at home.

It also recommended that women avoid getting pregnant for up to eight weeks after returning from the affected area. The agency said that pregnant women who live in or traveled to the affected area after June 15 be tested for Zika. The focus on pregnancy stems from that fact that Zika has been found to cause microcephaly and other potentially devastating birth defects. Florida now has 14 cases of Zika caused by locally transmitted mosquitoes, according to a statement issued on Monday by Florida Governor Rick Scott. The current Zika outbreak was first detected last year in Brazil, where it has been linked to more than 1,700 cases of the microcephaly, and has since spread rapidly through the Americas. Scott said the state has called on the CDC to activate a CDC Emergency Response Team (CERT) to assist the Florida Department of Health and other partners in their investigation, sample collection and mosquito control efforts.

CDC Director Dr. Tom Frieden said a full eight-person CERT team should be in place by Tuesday. “Nothing we have seen suggests widespread Zika virus transmission,” Frieden said. Florida had reported hundreds of cases of Zika in people who had traveled to areas with active outbreaks, such as Brazil and Puerto Rico. CDC said the first evidence of possible local Zika transmission in Florida goes back to mid-June. To assume that it’s just restricted to these few square blocks is presumptuous,” said Dr. Peter Hotez, dean for the National School of Tropical Medicine at Baylor College of Medicine in Houston. Hotez believes there are other likely local outbreaks occurring and that more can be expected in the next six weeks in Florida and other Gulf Coast states where the mosquito that carries the virus is common. Reuters was first to report that as of last Friday, Florida had not activated a CERT team to help with its investigation, raising concerns from infectious disease experts that the state was not taking every step it could to contain the spread of Zika in the continental United States. The state said it began investigating its first suspected case of locally transmitted Zika on July 7.

According to CDC spokeswoman Kathy Harben, the CDC first became aware of the investigation on July 18, a day before the state announced its investigation into possible local transmission. Florida on Friday said the first four cases of Zika in the state likely were caused by mosquitoes, the first sign that the virus is circulating locally, although it has yet to identify mosquitoes carrying the disease. Scott said in a statement the 10 new cases of Zika also were likely caused by bites from local mosquitoes. The Florida Department of Health said six of the 10 new cases are asymptomatic and were identified through the door-to-door community survey and testing that it is conducting.

The state health department has been testing individuals in three locations in Miami-Dade and Broward counties for possible local transmissions through mosquito bites. It said two locations have been ruled out for possible local transmission of Zika. Dr. William Schaffner, infectious disease specialist at Vanderbilt Medical School in Nashville, said there is concern that people infected in Florida will travel to other areas of the country where Zika could then be spread through local mosquitoes there. Schaffner and Hotez said the government must come up with proper funding to fight Zika. Local and state health department budgets are very tight,” Schaffner said.