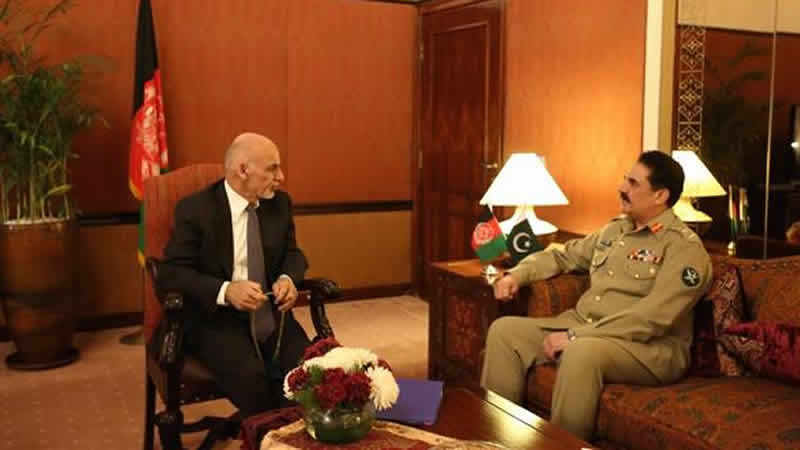 Chief of the Army Staff (COAS) General Raheel Sharif on Thursday telephoned Afghan President Ashraf Ghani and expressed his grief over loss of lives in yesterday’s Taliban attack on a university.

During the conversation, the Army Chief strongly condemned terrorists’ attack on American University of Afghan in Kabul on Wednesday, according to an ISPR news release. He expressed sympathies with the bereaved families. The COAS said that Pakistani soil would not be allowed to be used for any type of terrorism in Afghanistan. Afghan authorities have shared 3 mobile telephone numbers, allegedly used during the University attack who allegedly were in contact with the attackers.”

It may be mentioned here that based on these 3 Afghan cell numbers, provided by Afghan authorities, Pakistan Army carried out a combing operation in suspected area closer to Pak-Afghan border to verify presence of miscreants. He said “Our evaluation of the provided evidence and the outcome of combing operation so far, have shown that all Afghan SIMs, used during the attack, were from a network owned and operated by Afghan company whose spill-over signals affect some areas along Pak-Afghan border.”

Outcome of the op so far has been shared with afghan authorities. Further Technical evaluation of the cell numbers (all Afghan) is being carried out.” The COAS assured Afghan President of all out cooperation on availability of further information from Afghans.