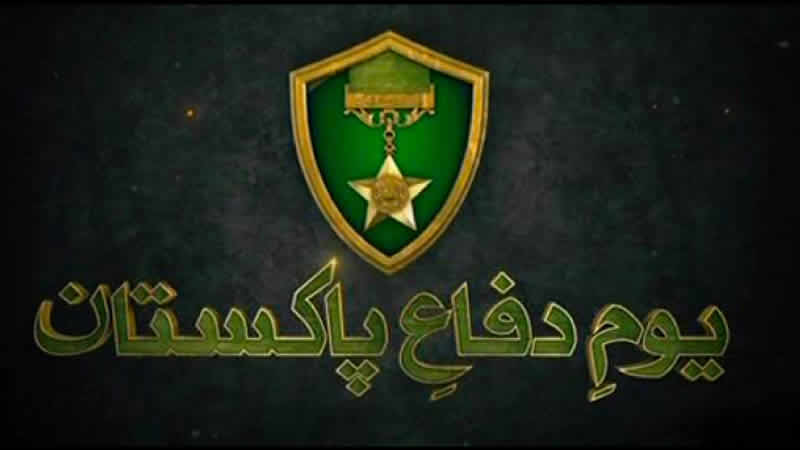 The nation observing 51st Defence Day of Pakistan today to pay tributes to martyrs and heroes of the 17 days war of 1965 and reiterate its commitment to defend the motherland against all threats.

It was on this day in 1965 that the Indian forces crossed international border in the darkness of night to attack Pakistan but ever vigilant armed forces, solidly backed by the nation, foiled designs of the enemy. Special prayers offered after Fajr in mosques for the progress and prosperity of the country. Fateha and Quran Khawani will also be held for the martyrs. The day dawned with 31 guns salute at the Federal Capital and 21 guns salute at provincial capitals.

A change of guards ceremony was held at the mausoleum of Allama Iqbal in Lahore on Tuesday morning whereas another change of guards ceremony held on 09.00 am at Mazar-e-Quaid in Karachi. GOC Major General Fida Hussain laid a floral wreath and offered Fateha at the grave of Major Shabbir Sharif Shaheed in Lahore. Numerous functions will be held across the country to mark the day. Main function of the day will be held at General Headquarters in Rawalpindi to pay tribute to the martyrs of Pakistan. Arms exhibitions also being held in different cities of the country. Media News has arranged broadcasting of special programmes on defence of Pakistan to mark the day.

President Mamnoon Hussain in his message on Defence Day stated that the Pakistan Army and the Pakistani nation bravely defended the country against the enemies.

The Pakistani president added that the security situation of the country has improved after launching of Operation Zarb-e-Azb. He stated that the nation pays tribute to the valiant armed forces of Pakistan.

Prime Minister Nawaz Sharif, in his Defence Day message, has said that the valiant Pakistani forces gave a clear message to the enemies of Pakistan on 6th September,1965. PM Sharif said that Pakistan has achieved self-reliance in the manufacturing of advanced weapons whereas the country’s nuclear strength is the highlight of the country’s strong defence.

The prime minister stated, “We do not want to join the arms race in the region, however, will continue to ensure balance in the region.” We have a clear stance on Kashmir and believe that the solution of this issue only lies in implementation of the resolutions of the United Nations Security Council and in accordance with the aspirations of Kashmiri people,” PM stated in his message.

All Old Banknotes To Be Demonetized From December 1, 2016

All Old Banknotes To Be Demonetized From December 1, 2016