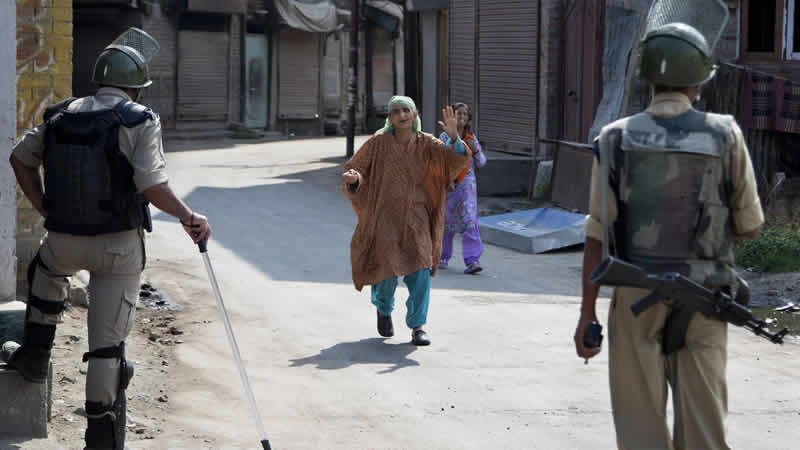 The situation in the Indian Occupied Kashmir (IOK) is about the tragedy of Kashmiri people being bludgeoned and brutalized by India  the occupying power so that they give up their just struggle for their inherent right to self-determination.

Ambassador Tehmina Janjua, Permanent Representative of Pakistan to the United Nations in Geneva told this to the Human Rights Council, according to a press release issued by the Ministry of Foreign Affairs here on Monday. She said when the most fundamental right was denied, then all their other rights were trampled upon.

Totally rejecting India’s absurd narrative that the situation in occupied Jammu and Kashmir was about terrorism, Ambassador Janjua pointed out that over the past two months alone, Kashmiri mothers had buried more than a hundred of their sons and daughters. Hundreds more, she added, had been blinded, and many others incapacitated for life.

There was a general curfew over a major part of Indian occupied Kashmir with millions being deprived of access to even basic necessities, she said. She underscored that in IOK, there was no right to peaceful assembly and association and no freedom of religion or expression. Instead, there was arbitrary detention, enforced disappearances, extra judicial killings and torture. Everything you need to know about casino sign up bonus no deposit collected on our website in one place

This is what has happened in IOK. This is the daily experience of the Kashmiri people. Only the intensity of their misery differs at different times; the repression and brutality they face are constant.” Ambassador Janjua said India should acknowledge that the only solution to the Jammu and Kashmir issue was a free, fair and impartial plebiscite that had been assured to the Kashmiri people by UN Security Council resolutions.