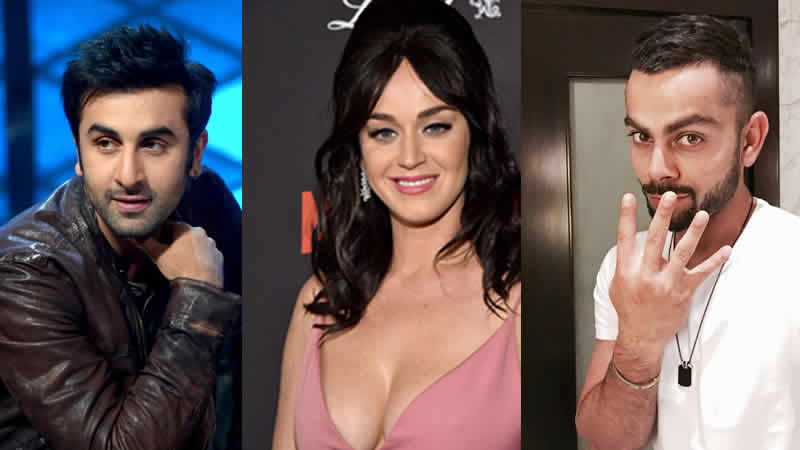 Here is the list of 10 Celebrity lookalikes on earth. Take a look at the celebrities who look most like each other. Two most hated singers in the entire world, Justin Bieber and Miley Cyrus also share strikingly similar facial features. But other than a similar face, they have more things in common. Both were loved around the globe at the young age. Both somehow love to rub their crotch on the stage. Stardom took over both of their heads as they grew up. I mean, both are terrifyingly similar.

Alec Baldwin is an American actor who has worked in dozens of Hollywood films including Mission Impossible, The departed and The aviator. While his lookalike was the 13th President Of the United States Millard Fillmore. Jessica Chastain is very big name in Hollywood. This woman is two time Oscar winner and has appeared many popular films lile interstellar, The martian and zero dark thirty. Bryce Dallas Howard on the other hand is equally popular and has also worked in multiple commercially successful and critically acclaimed movies like Jurassic World, Terminator salvation, 50/50, Twilight and The Help. It wouldn’t be wrong to call Hrithik Roshan eastern Bradley Cooper, because he looks surprisingly similar to Bradley Cooper. Hrithik is an Indian actor and considered most good-looking man in Bollywood, while Bradley Coopar can also be considered same in Hollywood. They both appear in high budget movies in their respective industries, and have enormous level of female fan following. Javier Bardam is best known for his role in “No country for old man”, for which he earned an Oscar for best supporting actor. His American lookalike Jeffery Dean Morgan is a TV star who has worked in many tv shows, and played ” The comedian ” in 2009 movie Watchmen. Dominic Cooper is an American actor and has worked in many big budget Hollywood movies, such as Need For Speed, Dracula Untold and Warcraft. His lookalike Virat Kohli is an India Cricket player, who’s one of the best cricket player in the world. He’s also very popular in India for his celebrity like looks, that gets him many advertisements on Indian television. Tom Hardy is one of the best actor working in Hollywood today. He has worked in many critically acclaimed and commercially successful movies like Mad Max: fury road, The revenant, Bronson, legend, lawless and many more. While his lookalike is also an actor but not as popular as Tom Hardy. Logan Marshall has worked in many television series, and also appeared in SciFi film Prometheus (2012). He will be seen in upcoming Spiderman: Homecoming as one of the antagonists. Ranbir Kapoor has almost same level of stardom in Bollywood that Ryan Gosling has in Hollywood. Both are known as good actors in their respective industries. Both are heartthrobs in their respective industries, and there’s no denying that both of them share almost same facial features. Although Ryan is more popular internationally for obvious reasons, but his lookalike Ranbir is no less famous in India. Katy Perry is certainly one of the most popular Pop star in the entire world. Her lookalike Zooey Deschanel who’s an actor is also very popular, but compared Katy Perry, not so much. Zooey is an American actor who has worked in many popular Hollywood movies like Almost Famous, Hitchhiker’s Guide to the galaxy and (500) days of the summer.