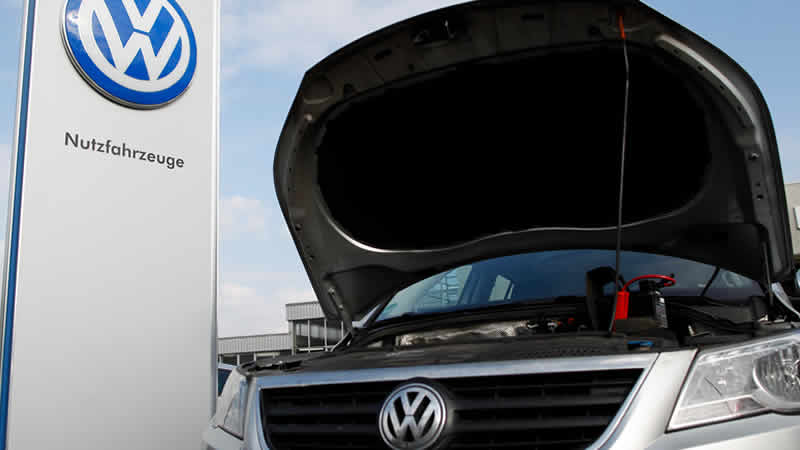 Thousands of workers at Volkswagen Slovakia went on strike Tuesday for the first time over unmet demands for a 16 percent pay rise from the country s largest private employer, a union official said.

Workers beat drums, shook rattles and hoisted banners outside the VW plant in the Slovak capital Bratislava as they downed tools for the first time since the production began in 1992. It is not about the salary. It is about the decency of the company. When it has such a big profits, it should be shared with workers,” striking VW worker Stanislav Galva told AFP in front of the profitable factory.

Trade union chief Zoroslav Smolinsky said Tuesday that up to 8,600 of the factory s 12,300 employees were striking. He also insisted workers were prepared “to strike for more than a day or two” after company officials offered a wage rise amounting to around half of their demands.

The average salary in the Bratislava VW plant is 1,800 euros ($2,014), excluding managers pay packets, according to the company. Slovakia s average salary is 980 euros. Volkswagen Slovakia management said in a Tuesday statement they had put a new offer on the table for an 8.9 percent wage hike.

They also “thanked” workers who they claim came to work Tuesday, although they did not say how many had stayed on the job. Union chief Smolinsky told AFP that “we don t see much good will” from management. But Volkswagen Slovakia CEO Ralf Sacht told reporters Tuesday afternoon that the ball was in the unions court.

“We are expecting the next step from the trade unions, a constructive step based on what we have put forward as an offer,” Sacht said, adding that the company was “prepared” for an open-ended strike.

VW spokeswoman Lucia Kovarovic Makayova told AFP on Monday that union demands for a “16 percent salary increase is unacceptable as it would significantly jeopardise competitiveness and the future of the business as well as job stability”.

A eurozone member of 5.4 million people, Slovakia is the world s largest car producer per capita. The Bratislava VW plant produces more than 1,000 cars a day and a total 388,697 vehicles rolled off its production line last year.

The plant produces Porsche Cayenne, Volkswagen Touareg and Audi Q7 vehicles, among others. The new Lamborghini Urus luxury cars will also be made using parts produced in Bratislava. The five-millionth car produced in the plant rolled off the production line last Thursday. The white Touareg was produced for a customer in Australia. Last year, just over a million automobiles were produced in Slovakian factories owned by Kia, Peugeot and VW.