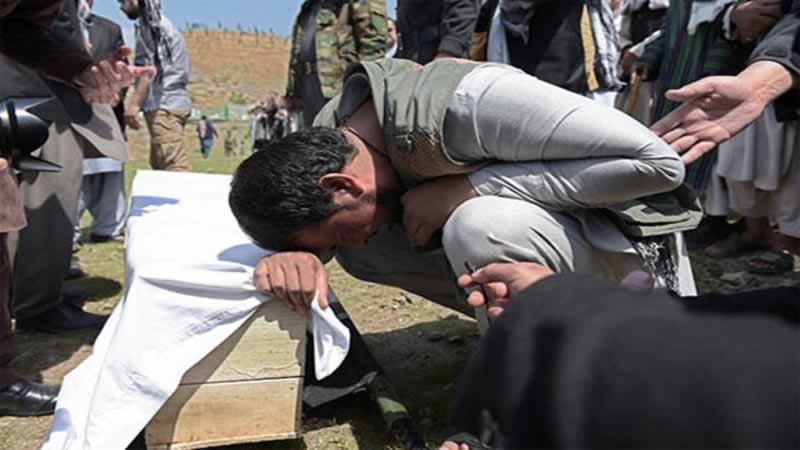 The people of war-torn Afghanistan continue to bear the brunt of the grinding conflict with civilian deaths at their worst since records began, the United Nations said Monday.

In the first half of the year, 1,662 civilians were killed and more than 3,500 injured with deaths in the capital Kabul accounting for nearly 20 percent of the toll, according to the UN Assistance Mission in Afghanistan (UNAMA) report. The majority of the victims were killed by anti-government forces – including the resurgent Taliban and in attacks claimed by the Islamic State, the report said, underscoring spiralling insecurity in the country nearly 16 years after the US invasion. The UN has documented civilian casualties in the war-ravaged country since 2009.

The first six months of the year have seen a significant rise in the number of civilian lives lost in highly coordinated attacks involving more than one perpetrator, with 259 killed and 892 injured – a 15 percent increase on the same period last year. Many of those deaths happened in a single attack in Kabul in late May when a truck bomb exploded during the morning rush hour, killing more than 150 people and injuring hundreds. UNAMA put the civilian death toll at 92, saying it was the deadliest incident to hit the country since 2001.

The UN’s special envoy to Afghanistan Tadamichi Yamamoto said the human cost of the conflict remains ‘far too high’. “The continued use of indiscriminate, disproportionate and illegal improvised explosive devices is particularly appalling and must immediately stop,” he added in a statement. The bloody toll of the first six months of 2017 has unsettled the government of President Ashraf Ghani, who has come under increasing pressure since the May attack in Kabul. Protests and deadly street clashes hit the Afghan capital in the wake of the May attack as people incensed by security failures called for his government’s resignation.

Women and children have borne the brunt of the increase in civilian casualties, with UNAMA blaming the use of IEDs and aerial operations in populated areas for the jump. A total of 174 women were killed and 462 injured – an overall rise in casualties of 23 percent on last year – while 436 children were killed in the same period, representing a nine percent increase. Save the Children expressed alarm at the heavy toll – a third of all civilian deaths – on the country’s youth. “It’s extremely concerning to see the number of children killed and injured by conflict increasing, reflecting the growing danger faced by young Afghans,” the charity’s Afghanistan country director David Skinner said in a statement.

The UNAMA report said that nearly half of Afghanistan’s 34 provinces have seen an increase in civilian deaths in the first six months of the year, mainly due to the rise in attacks by anti-government forces across the country. “The statistics in this report, horrifying though they are, can never fully convey the sheer human suffering of the people of Afghanistan,” said UN High Commissioner for Human Rights Zeid Ra’ad Al Hussein.

“Many Afghan civilians are suffering psychological trauma, having lost family and friends, and are living in fear knowing the risks they face as they go about their daily lives.” The ground offensives by Afghan security forces are the second leading cause of civilian casualties, though UNAMA said there had been a 10 percent decrease compared to the same period in 2016. NATO’s combat mission in Afghanistan ended three years ago, handing sole responsibility to the country’s security forces.

Back in May, the office of the US government’s Special Inspector General for Afghanistan Reconstruction described casualties among the security forces themselves as ‘shockingly high’. In the first two months of the year, 807 troops from the Afghan National Defense and Security Forces were killed with 1,320 injured. According to the UN’s figures, more than 26,500 civilians have died and nearly 49,000 injured as a result of armed conflict in Afghanistan since January 2009