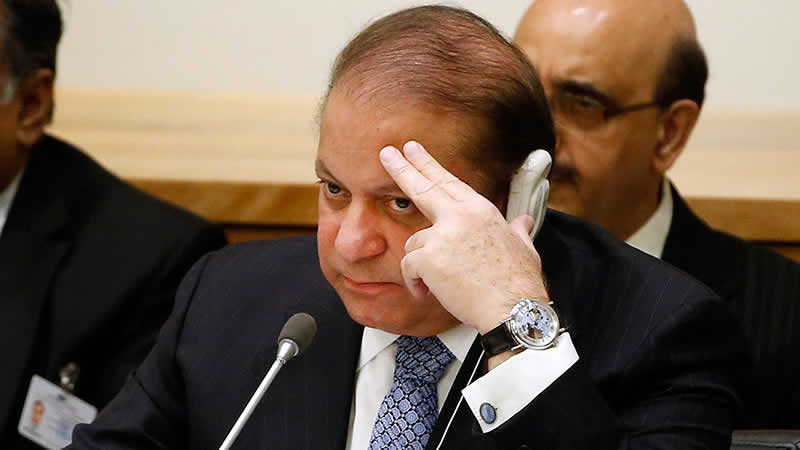 All eyes are on Courtroom No. 1, where a five-judge Supreme Court bench is set to announce the much-awaited verdict in the Panama Papers case at 11:30 am — which will not only decide the fate of a thrice-elected prime minister, but is also likely to chart the country’s political future.

According to media reports, the courtroom has been filled to capacity as prominent politicians, lawyers and journalists crowd the room to hear the judges decide Prime Minister Nawaz Sharif’s fate. The twin cities of Islamabad and Rawalpindi have been on high alert in anticipation of the SC verdict.

The Red Zone has also been partially sealed and people are only being allowed inside after undergoing identification and strict security checks. Rangers and Frontier Constabulary personnel have been deployed at the Supreme Court and the Red Zone to assist the police.

The verdict will be announced by the larger bench in Courtroom No. 1, even though hearings were mainly held in the relatively smaller Courtroom No. 2. The bench that will announce the historic verdict will be headed by Justice Asif Saeed Khosa. Over the last few days, the entire country had been awaiting the apex court’s verdict with bated breath. Gossip, speculation and rumours had been rife over when the final verdict would be announced and what conclusion the judges would arrive at. The most important question of all remained whether the prime minister would be unseated or not.

On Thursday evening, the Supreme Court office had put all speculation to rest when it issued a supplementary cause list heralding the announcement of the judgement on Friday. On the announcement that the larger bench would deliver the judgement, legal observers took the view that the earlier minority judgement, which recommended sending the prime minister packing, may become a majority view in case even one of the three majority judges ruled against the prime minister.

The court could also rule that there is still not enoug The case was initiated following the opposition’s petition seeking to disqualify Nawaz for allegedly misleading the nation on his family’s involvement in corrupt practices. The initial verdict, delivered on April 20, was split 3-2 between the five-judge bench, with two dissenting notes from Justice Asif Saeed Khosa and Justice Gulzar Ahmed. Justice Ejaz Afzal authored the majority opinion in the 540-page verdict.

The two judges who ruled against PM Nawaz Sharif said he should be disqualified as he could no longer be considered ‘honest’ and ‘truthful’ (ameen and sadiq), whereas the other three were in favour of forming a Joint Investigation Team (JIT) to definitively answer the question of whether the allegations against the prime minister were true or not.

The court had subsequently ordered the formation of a JIT to probe how the family’s money was transferred to Qatar. Upon hearing the April 20 judgement, the prime minister and his party had breathed a collective sigh of relief as the fear of an ‘extreme verdict’ — the premier’s ouster — dissolved and gave way to celebrations.

Imran Khan Will Not Visit SC For Panamagate Verdict