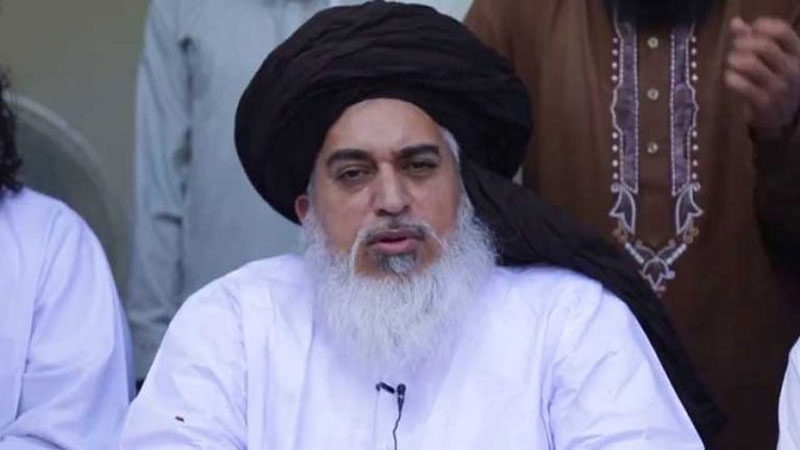 In the latest development, the Lahore High Court (LHC) has clarified that the case pertaining to the bail of Khadim Hussain Rizvi, Chief of Tehreek-i-Labbaik Pakistan (TLP), will be decided only on merit. Earlier, the court had hinted on giving bail to Rizvi on the written assurance that the peace of the society shall not be disturbed if Mr. Rizvi is released.

According to details, on Thursday Justice Muhammad Qasim Khan asked Rizvi’s counsels if they had managed to procure a written guarantee from the TLP leader. The counsels said no as they were only allowed to meet their client on Friday.

The judge then asked whether Rizvi was willing to accept the said conditions in writing. At this point, Rizvi’s lawyer seemed to resist the demands being placed on his client. “The government arrested Rizvi despite the [Faizabad] agreement,” he said, adding he was leading peaceful protests.

Prime Minister Imran Khan and Information Minister Fawad Chaudhary have repeatedly maintained that there shall be no compromise on the rule of law, and nobody shall be allowed to take the law into their hands.

It is pertinent to mention that the government had taken the TLP chief and others into “protective custody” on November 23 from Lahore. However, later, they were handed over to police for investigation and then were sent on judicial remand.  Mr. Rizvi, Mr. Qadri as well as Allama Farooq-ul-Hassan and Allama Aijaz Ashrafi are facing charges of fueling the protests, inciting followers to damage property, and making hate speeches targeting state institutions.

After the Supreme Court of Pakistan turned down a verdict of the LHC and ordered to release Ms. Asia Bibi, a Christian woman falsely accused of blasphemy, the TLP had taken to the streets and blocked roads. Mr. Rizvi was seen inciting violence and urging his followers to stand up again the courts and army. Finally, the government was able to sign an agreement with the leadership of the TLP and a review petition was subsequently filed before the SC. The court has, however, maintained its earlier decision, and ordered to release Ms. Asia.

Earlier on 10th Feb, some reports in local media suggested that Pakistan Tehreek-e-Insaf (PTI) government had finally reached an agreement with the leadership of the TLP.  “Maulana Khadim Hussain Rizvi and Pir Afzal Qadri would soon be released”, Pakistan Today reported. But contrary to claims and reports published in local media, the Anti-terrorism court (ATC) rejected bail plea of Rizvi and his colleagues.

“This impression is not correct. We have nothing to do with his bail. The LHC shall decide the case and we all will follow whatever the court says,” he specifically pointed out.

In a recent interview to BBC, PM Khan has said that ‘Asia Bibi is safe, still in Pakistan, and will be leaving the country soon’. Analysts believe that in such a case, Rizvi’s release delayed is assurance of peace in society.

It is important to underscore here that the government in Pakistan has decided to go after all extremist and banned originations in order to make Pakistan a moderate society. Prime Minister Imran Khan and Information Minister Fawad Chaudhary have repeatedly maintained that there shall be no compromise on the rule of law, and nobody shall be allowed to take the law into their hands. Information Minister also said that these extremist groups will soon meet their ultimate fate.

Recently, a professor was killed by his student in Bahawalpur over an argument. According to details, Khateeb Hussain, a young student, was not comfortable to let his professor organize a welcome party where male and female students shall sit together. Khateeb believed such an act would be un-Islamic. He ultimately killed his professor in his office. Later on, it was disclosed that Khateeb was influenced by Mr. Rizvi and was in contact with a local leader of the TLP in Layyah.

Experts believe that Rizvi is a firebrand speaker who enjoys considerable mass-support in Pakistan. If he is allowed to speak irresponsibly, society may face more serious and dreadful challenges in the future. Therefore, the court has turned down the offer it had made earlier and decided to look into the merits of the case.

A senior adviser of the incumbent government told GVS that the matter is before the court now, and the government is not to decide about the fate of Mr. Rizvi. “This impression is not correct. We have nothing to do with his bail. The LHC shall decide the case and we all will follow whatever the court says,” he specifically pointed out. -globalvillagespace