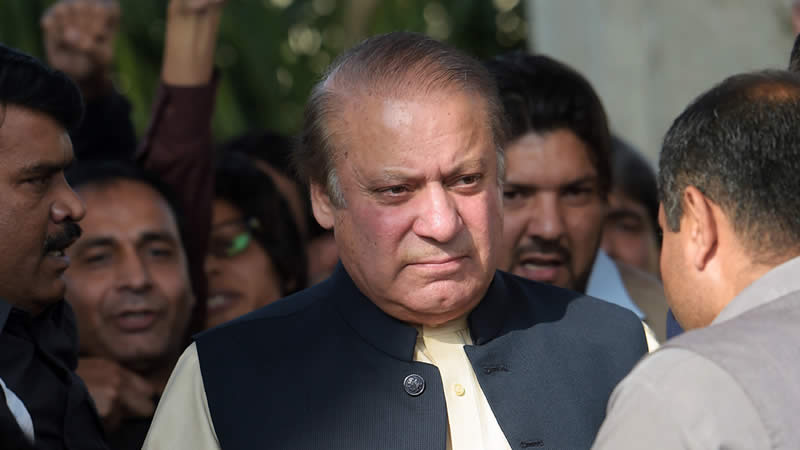 The PML-N supreme leader maintained that Pakistani rupee was stable and oil prices were less during his tenure. PML-N had controlled inflation, he claimed.

“Imran Niazi does not have people’s mandate and a lot of ministers are involved in corruption. Imran Khan’s incompetence has brought Pakistan to the verge of destruction and the country’s economy is ruined.

“Jahangir Tareen and other corrupt leaders are in Pakistan Tehreek-e-Insaf (PTI). PML-N bade farewell to the International Monetary Fund (IMF), but Imran Khan again went to the international money lender to beg.

“Imran Khan’s days are counted, and he will soon reach his end. People are worried by the poor policies of the selected prime minister, and they completely realize what is happening.”

PML-N President Shehbaz Sharif and Maryam Nawaz – Nawaz Sharif’s daughter – also reached the jail to inquire about the health of the incarcerated premier and exchanged political views as well.

PML-N leaders talked to media after meeting their supremo at the Kot Lakhpat Jail. Ahsan Iqbal said that Prime Minister Imran Khan’s commission should first record the statement of Advisor to PM on Finance and Revenue Dr Abdul hafeez Shaikh.

He told that consultations will be held during the budget session regarding the All Parties Conference (APC) and protest against the government.

Khawaja Asif said inflation was surged to 40 percent by increasing the revenue target. He added that the idea of hens, eggs and jobs did not succeed; likewise, the plan of forming a commission will also fail.

Pervez Rashid commented that those who gave relief to the people are arrested, and those who harmed them are in power. He questioned that is Abdul Hafeez Sheikh also a culprit as he earlier remained finance minister for five years.

Pervez Rashid continued that Prime Minister may hold accountability of the loans which were taken in ten years, but should also understand that terrorism was curbed, and issues of electricity and gas were resolved in those years.