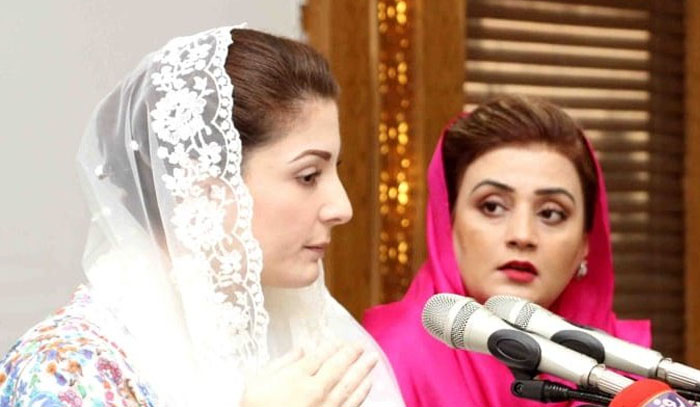 She submitted her reply on Tuesday. “[The] petition has been filed with the mala fide and ulterior motives,” she said in the reply. “The material and substantial facts and legal provisions have been deliberately suppressed and misstated and thereby the petitioner has approached [the ECP] with unclean hands,” it adds. She remarked that the petition filed by PTI leaders is “false, frivolous and vexatious”.

A three-member bench of the electoral body was hearing the case. It was informed that PML-N will submit its reply next week. The bench asked the petitioners for the original copy of a notification confirming that Maryam has been appointed as acting vice-president. Maryam’s lawyer told the court that the petitioners have submitted newspaper clippings and not the official notification. The petition was filed by PTI MNAs Maleeka Bukhari, Farrukh Habib, and Javeria Zafar on May 9.

They say her appointment is against the law because she has been convicted of a crime. She was sentenced to seven years in prison for abetting her father Nawaz Sharif after she was found “instrumental in concealment of the properties of her father” by an accountability court in July 2018. The application stated that Maryam’s appointment as the party’s vice-president was in violation of the Constitution.

The application said that she was disqualified and can’t hold any political or public office.