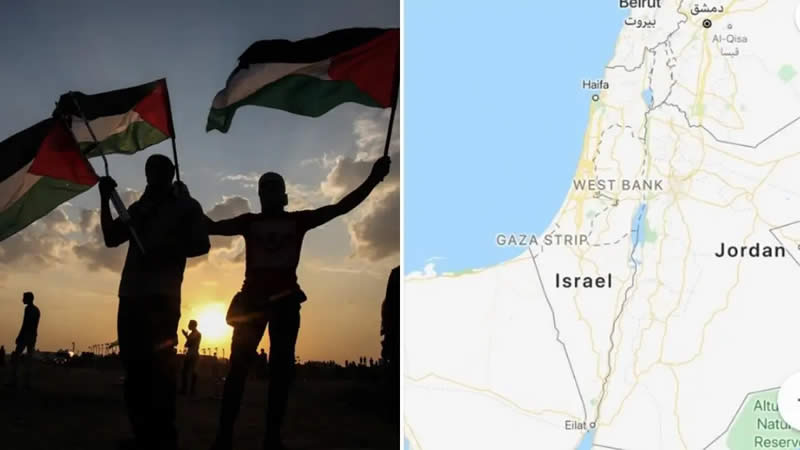 Why aren’t we talking about this: The Israeli annexation of Palestine comes to an end with latter being completely removed from Google and Apple maps, netizens left in shock.

Type Palestine on Google Maps and to your shock, you will not see it instead the users are being directed to Israel. Gripping netizens in a state of anxiety, the latest stint has been followed even by Apple maps which marked the end of Israeli annexation of Palestine by completely removing the later country off the world map.

The change comes at the heels of Israel President Benjamin Netanyahu pledging to establish West Bank annexations. However, they have already triggered global criticism with many countries calling it ‘human rights violation’ but the years-long Israel-Palestine conflict has only spiralled. Not losing any time to weaken the Palestinian Authority, Netanyahu’s coalition government have moved ahead with plans.

The silent move by the two tech giants has left netizens outraged who expressed the same on Twitter. While one wrote, “Google and Apple maps have officially removed Palestine from the World Maps.

Today Palestine was erased from the maps tomorrow Palestine will be erased from the world. PUT PALESTINE BACK ON THE MAP. #IStandWithPalestine #FreePalestine (sic)”, another tweeted, “i love how Western twitter is silent about Palestine being removed from Google and Apple maps and replaced with “Israel”. Here is a thread of threads of what you have been missing out on regarding Palestine. RT please, the world is ignoring this (sic)”