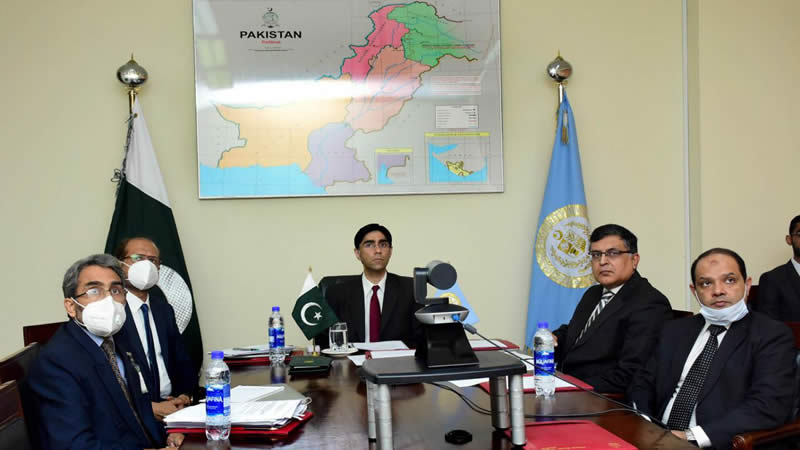 The Shanghai Cooperation Organisation (SCO) on Tuesday rejected India’s objection to the display of Pakistan’s new political map which was clearly visible in the background during Dr Moeed Yusuf’s participation in a meeting that took place a day earlier.

The SCO held its online meeting of National Security Advisors and rejected India’s claim. India – which is being represented by Ajit Doval – had raised an objection against Pakistan on the display of the political map by falsely claiming that the new map showed ‘sovereign Indian territories’ as part of Pakistan.

Pakistan responded that India, under international law, had no legal rights to claim the internationally recognised disputed territory of Indian Illegally Occupied Jammu & Kashmir (IIOJ&K) as part of India.

Pakistan reiterated that the new political map represented the country’s rights and the aspirations of the Kashmiri people. The map reaffirms Pakistan’s commitment to seeking a resolution of the Kashmir dispute through a free and impartial plebiscite in accordance with the UN Charter and UNSC resolutions.

The SCO agreed to Pakistan’s stance and Dr Moeed Yusuf conducted the meeting with the new political map on display clearly in the background.

The country’s new political map was unveiled by Prime Minister Imran Khan on August 4. The map includes IIOJ&K as part of the country’s territory for the first time.

The moves came a day before Youm-e-Istehsal, which was observed to mark the first anniversary of India launching demographic apartheid in IIOJK by dividing it into three parts and placing the region under military siege since then.

The new map, the prime minister said, was backed by all political parties of the country. “This map also opposes the Indian government’s illegal act on August 5 last year.”