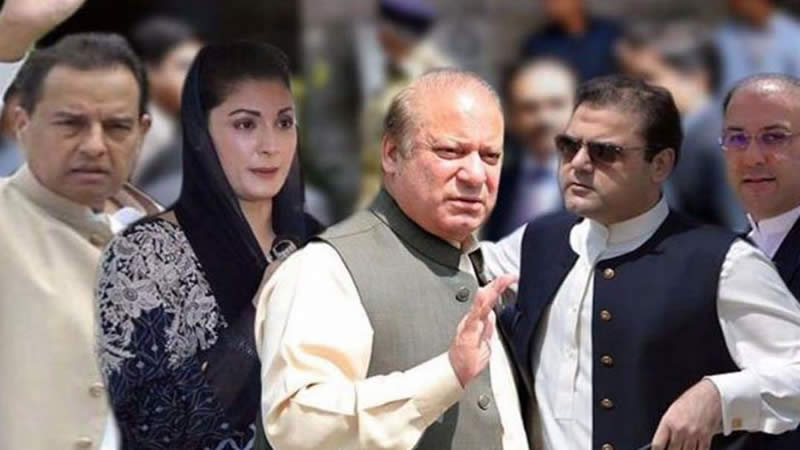 Broadsheet LLC — hired by the Pakistani government to recover money and assets from the Sharif family — has ended up making a payment of around Rs4.5 million to the Sharifs in the lawsuit before the London High Court, according to legal evidence.

Broadsheet has made a payment of £20,000 (equivalent to 4.5 million Pakistani Rupees) to the Sharif family for the settlement of the Sharif family’s legal costs after having withdrawn the Avenfield Apartments attachment application before the English High Court for the seizure and sale of four Avenfield Apartments in the Broadsheet vs Pakistan/National Accountability Bureau (NAB) case.

Lawyers acting for the Sharif family have confirmed that the payment has been received in their bank account whereas Broadsheet’s lawyers have also confirmed making the payment.

Broadsheet was hired by Pakistan in 1999 to trace and recover assets of chief “target” Nawaz Sharif, his family members and around 170 other Pakistanis, but the deal has ended up costing Pakistan over US $65 million and no assets of Sharifs or anyone else were found — with the only exception of Admiral Mansoorul Haq.

According to legal papers available with this reporter, Broadsheet on 19 June 2020 started the process in the London High Court for the recovery of money awarded through two court judgments through the sale of four Avenfield Apartments.

Before starting the attachment process, Broadsheet (an Isle of Man company, in liquidation) obtained arbitration awards from the Court of Arbitration against Pakistan/NAB for breach of contract and damages in the sum of nearly $29 million.

In late 2019, Broadsheet was granted permission by the English High Court to enforce these arbitration awards as if they were judgments of the High Court.

The High Court in the UK normally enforces judgment debts by issuing a Charging Order whereby the creditor ‘charges’ assets belonging to the debtor. Charging orders generally follow a three-stage process: first, the claimant obtains an Interim Charging Order (ICO) which is issued on an ex parte basis; second, an application is made for a final charging order which if contested by the opposite party has to be argued before the court; and third, after a party succeeds in obtaining a final charging order, a subsequent order is made for the sale of the assets.

Broadsheet sought an Order on the basis that the Government of Pakistan held beneficial interests in the Avenfield Apartments pursuant to the judgment of the Accountability Court in Islamabad in the Avenfield Reference dated 6 July 2018 — convicting former PM Nawaz Sharif in the assets beyond means case.

Broadsheet’s solicitors notified Nielsen and Nescoll about the case on 6 July 2020. Since the Sharif family decided to contest, a hearing was listed for 19 October 2020. If Broadsheet were able to convince the court to issue a Charging Order, the next stage would be to request the sale of the apartments but on 5 October 2020, it was learnt from the High Court that most likely on the request of Broadsheet, the hearing was adjourned to 17 December 2020. This was the same date when the hearing was set for the charging of Pakistani High Commission’s bank accounts at the United bank Limited (UBL) which was decided in favour of Broadsheet.

Lawyers for the Sharif family said that from the outset, their position was that on well-established English legal principles, the Accountability Court Judgment, which has serious legal and factual flaws, did not vest any interest in the Avenfield Apartments and that it was, therefore, incapable of being enforced by the UK High Court.

On 2 December 2020, Broadsheet withdrew the case from the High Court whereas the Court made an order on the same day clearly discharging the Avenfield Apartments from any future proceedings.

Broadsheet stated that it withdrew the case for seizure and sale of the Avenfield apartments because it did not wish to proceed as it had secured its judgment debt by way of a separate Interim Third Party Debt Order but records show that Broadsheet had obtained an Interim Third Party Debt Order to freeze the High Commission’s accounts on 23 June 2020.

An Interim Charging Order is neither final nor binding. It was only made final after Broadsheet managed to convince the court in the hearing on 17 December 2020 to freeze the Pakistani High Commission’s bank accounts. Broadsheet did not, therefore, have the benefit of anything to secure the judgment money at the time when it withdrew its case against the Avenfield Apartments.