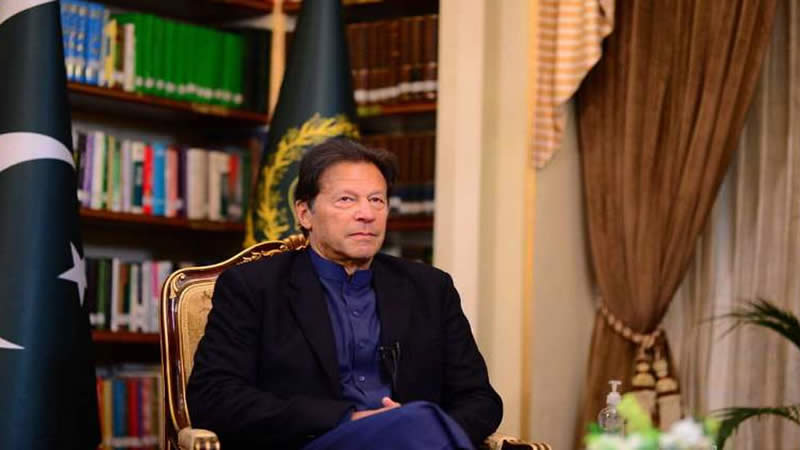 Says fate of the country would have changed if the loan was not due towards his government.

He noted that the fate of the country would have changed if the loan was not due towards his government and had been used on education, health and infrastructure.

Addressing the ground breaking ceremony of the low-cost housing units in the capital’s Farash Town, PM Imran regretted that the past governments had obtained loans which were adding burden to the country’s economy.

He said the Federal Board of Revenue (FBR), during the last month, had collected the record tax, which was a sign of progress of economic activity in the country.

PM Imran maintained that the government was focusing on projects with target of wealth creation to pay off debts borrowed by the previous rulers.

About the Farash Town flats, the premier said for the first time in the country’s history, 600 out of 4,000 apartments will be given to the slum dwellers.

He said 2,000 apartments will be allotted to those who had registered themselves under the Naya Pakistan Housing Programme, while 1,600 would be sold out on an open market basis by Capital Development Authority.

Farash Town apartments are a part of the Naya Pakistan Housing Scheme.

He said the project was aimed at providing shelter to the underprivileged segment of society, particularly the working class and labourers.

He hoped that within two years, people would be able to move into the houses with ownership rights.

The prime minister expressed satisfaction that regular negotiations of the government with private banks, FBR and relevant bodies resulted into an agreement on mortgage financing as the key factor in materialization of the project.

Regarding the impediments in obtaining bank loans, PM Imran said the issue would be resolved and the procedure would be simplified in consultation with the financial institutions.

“In near future, CDA would be working on a plan for development of all slum areas in the capital with provision of modern amenities.”

The premier mentioned that the government’s incentives for the construction industry would not only ensure economic activity with the running of 30 affiliated industries but also generate employment opportunities.

He expressed the confidence that the development of Lahore’s Ravi Urban Project and Central Business District and Sindh’s Bundal Island would attract foreign investment.

About the textile industry, he noted that the sector witnessed a boom with operationalization of power looms, leading to an increase in the demand of workers.

He said the construction of two big dams after five decades would ensure cheap electricity and contribute to enhanced productivity of industries.

Deliberating on the Main Line-1, PM Imran observed that the completion of the rail track would reduce the Lahore to Karachi travel time to eight hours and also benefit the freight movement.

Interior Minister Sheikh Rashid, who was also present on the occasion, took a dig at the opposition PPP and PML-N saying it was “food for thought” for the “inhabitants of Surrey Palace and Park Lane Apartments”, who never considered the fact that the poor also needed a shelter.

He announced that in the upcoming Media City, 600 flats would be provided to the journalists of Islamabad and Rawalpindi, for which he said, he had convinced Islamabad Chief Commissioner Amer Ahmed Ali and Deputy Commissioner Hamza Shafqat.

However, he made it clear that the flats for journalists “will not be free of cost and the required installments would have to be paid”.

Under the Safe City project, he said, 1,822 surveillance cameras had been made operational as compared to the 500 during the tenure of the previous government.

Also, 1,200 more CCTV cameras will be purchased to make the city secure, he said.

He said mortgage financing on lowest markup through banks and Rs300,000 subsidy by the government would enable the low-income groups to have their own homes.

Later, the premier also planted a sapling at the construction site.