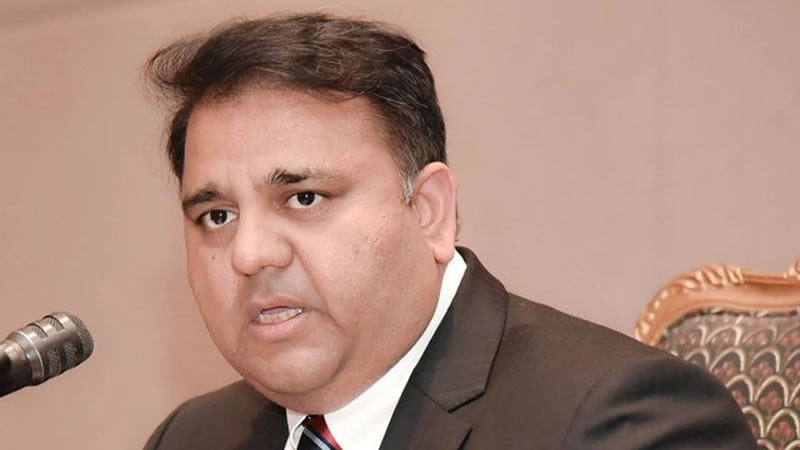 Science and Technology Minister Fawad Chaudhry on Thursday said it was “absolutely ridiculous” to criminalise criticism, a day after a lower house panel passed a bill proposing stern punishment for disrespecting the armed forces.

The minister was responding to a tweet by a senior journalist, who while commenting on the bill passed by the National Assembly committee, taunted that citizens were free to criticise the parliament, politicians and media “but the rest is national interest”.

Fawad wrote that it was an absolutely ridiculous idea to criminalise criticism.

“Respect is earned, [it] cannot be imposed on people,” he added.

The minister further said he strongly believed that instead of introducing new laws to discourage criticism, the laws dealing with contempt of court “should be repealed”.

On Wednesday, an NA committee passed the Criminal Law (Amendment) Bill, 2020, aimed at preventing hatred and disrespectful behaviour against the armed forces.

After a detailed discussion, the National Assembly Standing Committee on Interior recommended that the Criminal Law (Amendment) Bill, 2020 may be passed by the lower house.

The committee’s chairman, Raja Khurram Shahzad Nawaz, broke the 5-5 vote tie by voting in favour of the proposed bill, which was sponsored by PTI lawmaker Amjad Ali Khan.

The bill proposes amendments to the Pakistan Penal Code and the Code of Criminal Procedure. “The proposed insertion of Section 500A shall penalise the intentional ridiculing and defaming of the Armed Forces of Pakistan or any its member. A person guilty of such offence will be punished with imprisonment for a term up to two years, or fined for up to five hundred thousand rupees.”

The bill was referred to the standing committee on interior on September 15, 2020, after its introduction in the NA.

The panel also considered a point of order raised by Sahibzada Sibghatullah regarding the killing of labourers of Swat and Dir by terrorists. It recommended that compensation may be granted to the victim families, and also desired a report from the Balochistan government in the next meeting.

Moreover, the committee was briefed about the steps taken by Islamabad police to control drug peddling activities, especially ice.