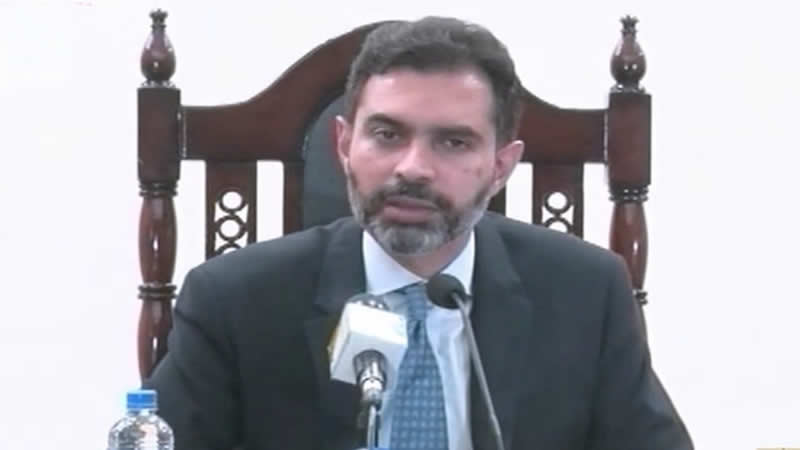 Pakistan’s central bank has expressed confidence that the country’s economy would grow by 3% during the current fiscal year 2020-21 despite the ongoing battering faced in wake of third wave of Covid-19.

Speaking at the Pakistan Stock Exchange (PSX) on Monday, he said Pakistan entered the third wave of Covid-19 with improved economic indicators compared to weaker ones at the time when the first wave hit the country almost a year ago.

“We will tackle the third wave successfully,” he said.

To recall, the International Monetary Fund (IMF) projected Pakistan’s GDP growth at 1.5% during the ongoing fiscal year which is half of what SBP forecasts during the year. The World Bank anticipated growth at 1.3% in FY21.

Shedding light on economic indicators, he said that workers’ remittances remained strong at above $2 billion for the 10th consecutive month in March.

The large scale manufacturing (LSM) sector posted a growth of 9% in January (before the third wave) compared to negative growth of 5.7% in the same month last year when the first wave hit the country, he said.

The sales of cars, cement, steel and fast moving consumers goods (FMCGs) remained robust prior to the third wave compared to sluggish sales when the first wave striked the country.

The government and the central bank’s fiscal and monetary policies coupled with stimulus are expected to help the economy grow this year compared to a contraction witnessed during the previous fiscal year.

However, high debt-to-GDP ratio remains a constraint in way of extending a larger fiscal stimulus package to support the economy, laid off workers and daily wage earners.

The central bank injected liquidity in the system equivalent to 5% of GDP through monetary policy measures to support the economy and employment in the country, he said.

Industrialists have received approvals of banks financing worth Rs450 billion through cheaper Temporary Economic Refinance Facility (TERF) over the last one year. The new investment for industrialisation amounts to around 1% of GDP

He said that the central bank remained available to lend support to the stock market.

“Central bank is working on regulations to develop the secondary debt market at the Pakistan Stock Exchange,” he said.