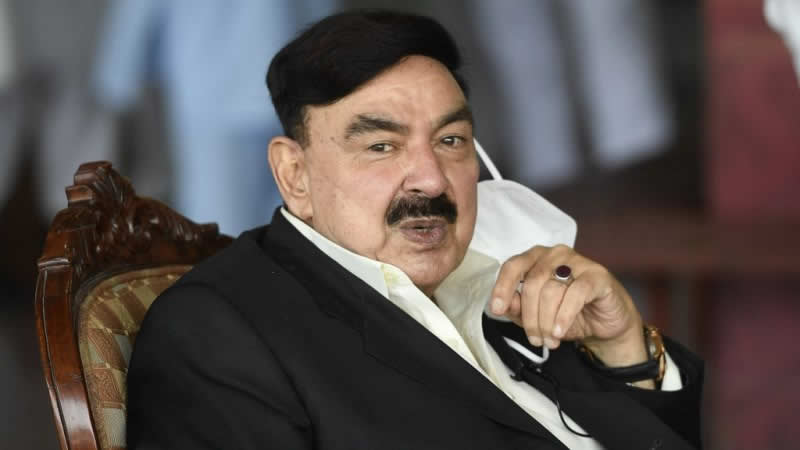 “We never met Khadim Rizvi or Saad,” Rasheed told SAMAA TV. “We held talks with their party for four months and we tried to convince them.

“We tried to politically engage them and we came to a conclusion that they don’t want to be engaged and they have a different agenda,” the minister said.

Saad Rizvi, the son of TLP founder Khadim Hussain Rizvi, was arrested in Lahore on April 12. His detention came a day after he announced that the party will hold a march against the government on April 20.

In November 2020, the PTI government had signed an agreement with the TLP, agreeing to expel the French ambassador from Pakistan with “consensus from parliament”. The agreement was signed after the group staged a protest in Islamabad over the publication of blasphemous caricatures in a French magazine.

On Wednesday afternoon, the minister told reporters that the PTI government had decided to ban the TLP under the anti-terrorism act.

“To take [such] a decision, courage is needed and we took a decision for Pakistan,” Rasheed told SAMAA TV.

A summary has been sent to Prime Minister Imran Khan to ban the group and his cabinet would soon take a decision, he added.