Gas utilities told to cooperate with developers of LNG terminals 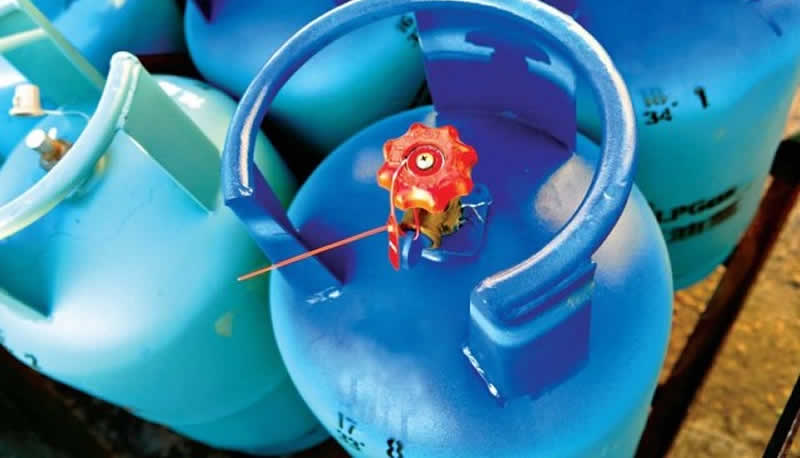 Doubts about LNG supply in winter

The government has ordered the Sui Southern Gas Company Limited (SSGCL) and Sui Northern Gas Pipelines Limited (SNGPL) to hold weekly meetings with the developers of two upcoming liquefied natural gas (LNG) terminals to remove impediments, besides immediate handover of the possession of land for tie-in facilities near Pakistan Steel Mills, it emerged on Sunday.

This is the crux of a compliance report submitted by an inter-ministerial committee led by Minister for Maritime Affairs Ali Zaidi and special assistant to the prime minister on power and petroleum to the Cabinet Committee on Energy (CCoE) on April 15 on the instructions of the federal cabinet.

The report said the federal cabinet had on August 2, 2019 decided that provisional letters of intent (LOI) be issued to all the five interested investors who have completed Quantita­tive Risk Assessment (QRA) on the sites assigned to them. Therefore, the Port Qasim Authority (PQA) issued LOI to all five terminal operators. Subsequently, two terminal operators Energas and Tabeer Energy accepted the terms and conditions and deposited US$2 million as part of concession fee out of total US$10 million concession each and remaining $8 million to be deposited upon signing of implementation agreement.

The Ministry of Maritime Affairs in collaboration with Petroleum Division facilitated the new LNG terminal developers in securing NOCs from various ministries and departments for expeditious completion of new LNG terminals, the report stated.

In its last week meeting, the inter-ministerial committee on the issue of allocation of tie-in point at Port Qasim had ordered the SSGC to hand over the possession of the land to both the LNG terminal developers within a week like other two terminals on the same terms and conditions, the report said. The committee had also decided that SSGC “should not wait for the signing of the lease agreement with Pakistan Steel Mills (PSM)” for handing over tie-in space to terminal developers and in the meantime “also sign a lease agreement of land with PSM and make the payment accordingly”.

The report said the representatives of the Ministry of Industries and PSM put on record that 11 acres of land had already been given to the SSGC in 2016. For additional land, the Ministry of Industries and PSM had no reservations, as the SSGC had not deposited a lease amount to the PSM for the past six years with the result that the two entities failed to ink a lease agreement.

Interestingly, the representatives of the Ministry of Privatisation reported that the said piece of land did not fall under the domain of the newly constituted special purpose vehicle (SPV) created for PSM revival. However, the SSGC managing director, who had recently joined the company and appeared to have been in the dark, committed: “SSGC would expedite the process.”

In reply to a query, the report quoted SSGC officials as saying that the land for the tie points had been given to the existing LNG terminals without signing the lease agreement between SSGC and PSM.

Regarding finalisation of gas transportation agreement (GTA), the report said SSGC and SNGPL had claimed that meetings had been held with the developers of two terminals who should provide all the requisite information to the gas companies so that things could be expedited.

According to the report, the Oil and Gas Regulatory Authority (OGRA) had promised to give advertisements in the newspapers for public hearing for construction and transmission licenses and the hearings were due on Monday. The director general of explosives had also promised to issue a no-objection certificate to Tabeer immediately.

A petroleum division official, however, said gas companies were operating under pressure rather than taking commercial decisions as some ministers believed they were trying to protect monopolies of their own and existing two terminals.

He said the power division had eliminated through CCOE the 66pc “take-or-pay” obligations from SNGPL’s signed and sealed agreements with three mega LNG projects in Punjab (GPPs). Despite this change in rights and obligations under duress, the RLNG demand of these plants would not go away, the official added.

Also, the SNGPL had been “forced to surrender” about 150mmcfd of its LNG gasification and gas transportation capacity so that another public sector entity enter into “take-or-pay” contract with K-Electric. This was despite the fact that Economic Coordination Committee (ECC) of the cabinet and then the federal cabinet had approved in August last year a concept of auctioning the excess or unutilised capacity at terminals to a third party on a short-term, three-month-forward-visibility basis, keeping in mind the increasing utilisation of capacity by the government itself.

The SNGPL is also reported to have put on record that it required 1200mmcfd RLNG from both terminals except three to four lean-demand months and if 150mmcfd was withdrawn for KE on take-or-pay basis, then it should be clear at the outset that this 150mmcfd is over and above the 1200mmcfd.

Former PM’s aide on petroleum Nadeem Babar also had committed Pakistan GasPort would within six months run on 750mmcfd at peak times while Engro terminal would be inducting a large ship in October that would extend its capacity to 900mmcfd. Therefore, there would be about 300-400mmcfd of additional terminal capacity at the existing two terminals. But the supply of 150mmcfd RLNG to KE was necessary for its upcoming plant, with the result that SSGCL would have to augment its system by September to accommodate bigger RLNG vessels and additional RLNG.

In all the deliberations, however, the public sector utilities were pushed to a level where even the cabinet decision, which affirmed increasing utilisation for increasing number of gas connections in the residential sector, was completely missed out. The SNGPL has over 2.8 million of pending applications for new connections and the government has had committed 700,000 new connections in fiscal year 2020-21, 1.2m in FY2021-22 and 1.8m in FY2022-23, making the total to 3.8m additional connections, requiring about 150mmcfd of additional gas.

Interestingly, the government has created over Rs250bn worth of circular debt in the gas sector due to diversion of heavy RLNG quantities to the residential sector, where about 80pc consumers are paying subsidised gas prices of Rs121 to Rs600 per unit against the imported price of Rs1,200 to Rs1,600 per unit for LNG.