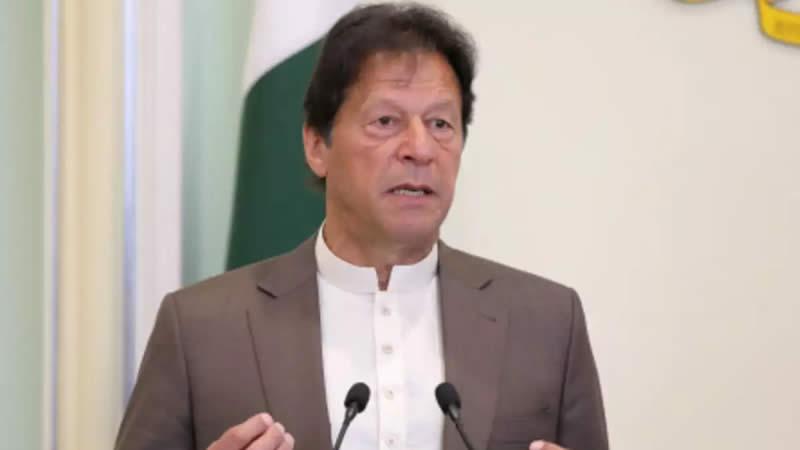 Anger has been building among the foreign service officers over Prime Minister Imran Khan’s comments accusing them of harbouring ‘colonial mindset’ and ‘callousness’ in dealing with the expatriate community.

Prime Minister Khan had, while speaking to envoys posted in 19 countries through video conferencing on Wednesday, said that he had noticed “shocking callousness” of Pakistani diplomats posted overseas after a few recent incidents involving the expatriates.

He was in particular critical of the missions in Saudi Arabia and United Arab Emirates, which host the largest Pakistani communities overseas, but the way the comments were delivered made it look like a censure of the entire foreign service.

“Indifferent attitude is unforgivable, unacceptable,” Mr Khan had said, telling the officers to give up their ‘colonial mindset’ and extend special treatment to the expatriate communities.

Mr Khan’s comments came after the government suspended outgoing envoy to Saudi Arabia Raja Ejaz and recalled six other diplomats from Riyadh for not properly serving the community and inefficiency.

The prime minister’s comments led to angst, and demoralisation among the officers of the foreign service. To quote the words of one officer, the anger over the “caustic remarks” is very intense and the comments “have made even the reticent ones to speak up”.

There is no denying that overseas communities have faced problems at the embassies, but in conversation with Dawn, officers contended that prime minister’s own presentation of the issues displayed his lack of understanding of the issues and that he solely relied on complaints while making the allegations instead of first studying the issue.

Although serving officers, because of the official discipline, could not publicly respond, former foreign secretaries took the lead in denouncing the premier’s comments on social media.

Former foreign secretary Tehmina Janjua wrote on Twitter: “Deeply dismayed at the unwarranted criticism of the Foreign Ministry. There seems to be woefully inadequate understanding of Embassies’ consular work, the acute resource constraints, and the role of multiple departments which [are] not under the control of Ambassadors.”

Deeply dismayed at the unwarranted criticism of the Foreign Ministry. There seems to be woefully inadequate understanding of Embassies’ consular work, the acute resource constraints, and the role of multiple departments which not under the control of Ambassadors.

Another former foreign secretary Salman Bashir explained on Twitter: “Usual services to the community are essentially in the domain of other departments that handle passports, nicop [National Identity Card for Overseas Pakistanis], consular attestation etc.”

There are structural reasons behind these problems and if thoroughly and dispassionately probed, it would become evident that the rot is due to the dysfunction of various governmental institutions and not the Foreign Office alone. Blaming FO would only cover up the real structural issues, officers posted at the FO stressed.

The prime minister himself mentioned that most of the complaints pertain to passports and ID cards, which come under the domain of Ministry of Interior and National Database and Registration Authority (Nadra).

“Officers of the Machine Readable Passports and ID cards have their own issues, there are problems with their posting, which is mostly not done on merit, whereas the flak is taken by foreign service officers who neither post them nor can hold them accountable as they don’t sign their performance reports, commonly called ACRs,” a Pakistani diplomat at an overseas mission pointed out.

More significantly, the officials from directorate general of passport and Nadra are not trained to function in foreign environments. “A majority are rude, make applicants take multiple rounds and in most of the cases with shortcomings, these officials use the ‘over-rule’ button — implying that the applicant is ‘not’ a Pakistan national, rendering thousands of Pakistanis stateless who then have to pay large amounts to get their names cleared,” another foreign service officer said.

Similarly, going online for visas, ID cards, and passports has created lots of problems. The blind jump on the “online” wagon too has been made without enough research. The common Pakistani in the Middle East, Europe and even in North America cannot write Urdu let alone English. An exasperated officer said: “You have pushed Pakistanis into the hands of agent mafias dominated by Indians, Bengalis, Afghans and Pakistanis. All Pakistanis abroad pay them hefty fees, and the data reaches hostile countries.”

Overseas Pakistanis based in UAE, Portugal, Italy and Greece say that “now even the gatekeepers at Pakistani missions abroad, akin to Western embassies in Pakistan, just shoo away visa applicants”. One wonders whether security implications of even starting online passports were studied before its hasty implementation.

The angst in the Foreign Office is palpable and widespread. “There are numerous sterling examples,” said a senior officer at the headquarters.

The Strategic Communications Division under the foreign minister has aligned Pakistan’s social media initiative for the first time in Pakistan’s history on Facebook, Instagram and Twitter. The FM direct application allows communication with heads of missions and it is frequently used. New missions are being opened in Africa.

Officers at the FO said the Foreign Office has emerged as the custodian of Pakistan’s moral stand on Kashmir. The FO has defended Pakistan’s nuclearisation in a hostile world as well as its defence needs.

It is not that diaspora only has complaints against the Pakistani missions. They in WhatsApp conversations recalled that the entire staff of the embassy in Greece contracted coronavirus and had to function minimally; the consulate in Milan issued travel documents late into the night when immigration opened in Italy last year. The state legislature of New York passed a resolution on Kashmir due to the efforts of the consulate and the community there. The Los Angeles consulate has worked with Amazon to give Pakistan seller status. The Barcelona consulate is famous in Europe because it remained open on Sundays during Covid 1 and 2, making Pakistan the first country to take back its coronavirus victims.

They pointed out that the UAE and Saudi Arabia might be in the eye of the storm but they too evacuated thousands of Pakistanis from Dubai and Jeddah in the most difficult situations, in a very difficult host country environment. A letter of the National Assembly Speaker Asad Qaiser dated July 27, 2020 surfaced on Thursday in which he had praised the now suspended former envoy to Saudi Arabia Raja Ejaz and the embassy staff for their role in repatriation of Pakistanis during the Covid-19 crisis.

Ms Janjua in a tweet recalled: “Officers displaying colonial mindset? Far from it. Only during Covid, officers volunteered to be with community in Wuhan, embassies looked after stranded Pakistanis, distributed food.”