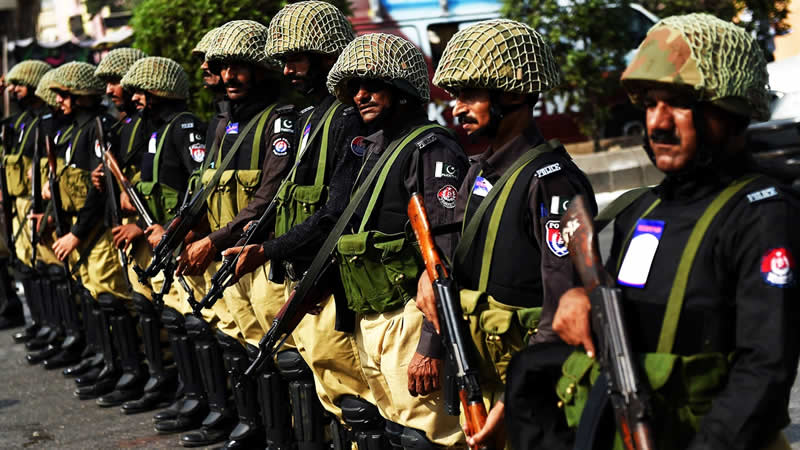 After losing several cops and civilians at the hands of the dacoits infesting the riverbed areas of Indus in districts of Larkana division, the Sindh government says it is launching a decisive operation.

Speaking to the media in Shikarpur district, where two cops and a civilian were killed by bandits in a security operation on May 23, Sindh Chief Minister Syed Murad Ali Shah said on Thursday that an operation clean up is being launched.

Quoting security officials, he informed that several gangs of dacoits are operating from the katcha area spread over around 150,000 acres of land. He said the police will be provided all resources to conduct the operation. “The law and order situation was much worse in 2008. No road or highway was safe in the province and the people used to travel in the police convoys,” he recalled, crediting the Pakistan Peoples Party government for successfully dealing with that menace after coming to power in 2008.

Earlier at a meeting with the local administration and the police, the CM directed the Larkana division commissioner to identify the villages, which can be connected to other rural towns and villages by construction of roads. He believed that road access to the villages where the criminal elements take refuge will help the police lay hands on such outlaws.

The IGP briefed the CM that at least 10 gangs of bandits involved in kidnapping for ransom, killings and other crimes are operating in the riverbed areas. He told that during the May 23 operation for recovery of the kidnapped persons, six armoured personnel carriers (APCs) were taking part in the operation but only one of them was struck by a rocket and heavy weaponry which left two policemen and a civilian sitting inside the APC killed.

The Sindh government also removed the Larkana DIG Nasir Aftab Pathan and Shikarpur SSP Ameer Saud Magsi from their posts in a tacit acknowledgement of their failure to maintain law and order in their jurisdictions. They have been replaced by Mazhar Nawaz Shaikh and Tanveer Hussain Tunio, respectively.

Meanwhile, the Shikarpur Police produced Sardar Tegho Khan Teghani before the judicial magistrate who granted his nine-day physical remand. Teghani is known to be the most influential tribal chief who allegedly wields immense influence on gangs of dacoits. He was arrested along with his two sons and a nephew from Karachi on Monday.

Speaking to the media outside the court, where hundreds of his supporters had gathered to meet him, Teghani said he is being wrongly framed in the case. “I catch bandits and hand them over to the police. But, now I am being subjected to political victimisation.”

Separately, at a press conference the opposition leader in the Sindh Assembly Haleem Adil Sheikh reiterated that the army and the rangers should be called to lead the operation against the bandits.

He deplored that the dacoits have taken so much heart due to corruption and inefficiency in the police force that they are circulating their videos of captured police APC on the social media.

“After posting of Mushtaq Mahar as the IGP, peace in Sindh has been destroyed,” he alleged. “Mahar isn’t the IGP he is rather PPIG [PPP’s IG] who has nothing to do with Centre.” He recalled that the Punjab Police had also sought the army’s help to get rid of the notorious Chotu gang of South Punjab.

Will we be seeing Jannat Mirza in a drama soon?