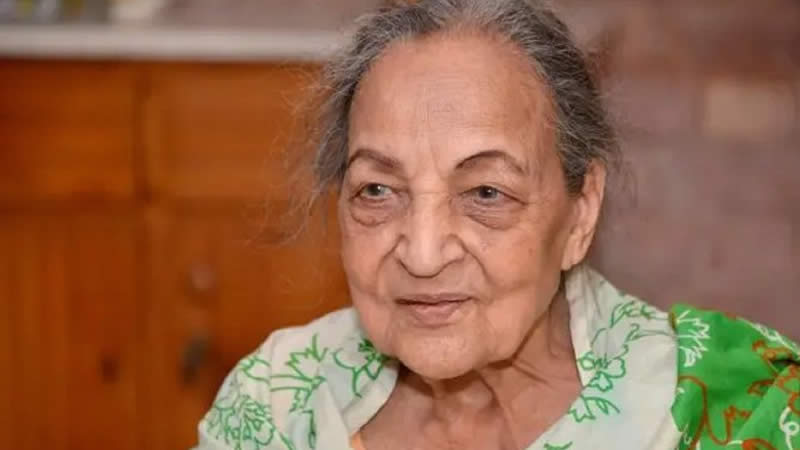 Legendary TV and theatre actor Begum Khursheed Shahid passed away at the age of 95 years in Lahore on Sunday.

The actor was reportedly rushed to the hospital after a cardiac arrest a few weeks back. The sad news was confirmed by her son, Salman Shahid, who is an actor too.

Begum Khursheed began her career as a singer and actor at the age of nine in 1926. In 1984, she received the highest civil award, Pride of Performance, for her contribution to the entertainment industry.

Some of her most loved plays include PTV’s Fehmida Ki Kahani Ustani Rahat Ki Zabani, Uncle Urfi, and Parchaiyan.

A large number of the actor’s fans, including celebrities, are mourning her death and recalling their memories associated with her.