Interior minister says 9,000 people out of 10,000 allowed entry in Pakistan had returned to home countries 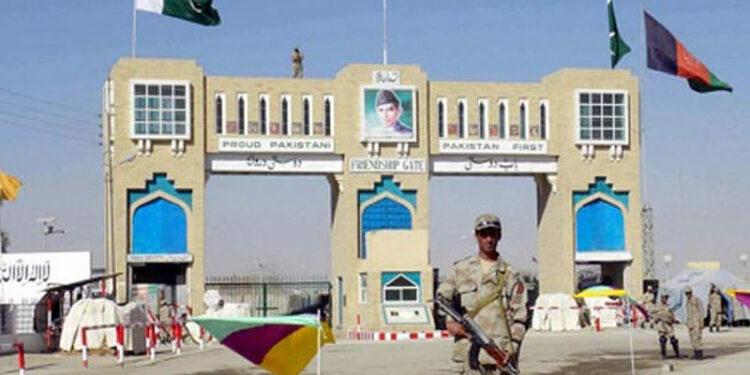 Federal Minister for Interior Sheikh Rashid said on Thursday that the Chaman border was being closed down for a short period of time due to security concerns.

According to Rashid, after observing the situation in Afghanistan Prime Minister Imran Khan has bestowed the responsibility of the interior ministry upon him.

“We want peace and stability in Afghanistan. We have put up a fence on the border,” the interior minister said, adding that the situation at the Torkham border was normal.

However, he said that due to some concerns the border at Chaman was being closed temporarily.

Rashid said that Pakistan’s role in the region was emerging and gaining importance and that the time had come to take the country forward.

“However, we will not allow chaos to spread. There are no Americans left in Pakistan. Those who came have left”, he claimed.

The minister added that 9,000 people out of the 10,000 who came to Pakistan from Afghanistan had returned to their home countries.

The nation is proud of the Pakistan Army, Inter-Services Intelligence (ISI), and the Military Intelligence (MI), Rashid remarked.

“India is currently mourning the situation in Afghanistan, and the politics of the Indian spy agency Research and Analysis Wing (RAW) and Afghanistan’s National Directorate of Security (NDS) is over,” he maintained.

Addressing a ceremony at the launch of the building of a new police station in Islamabad, Rashid said that Islamabad was our capital city and was under the watchful gaze of the world.

He said roadblocks had been removed from the city. However, the Eagle Squad will be expanded. The Islamabad police will have 1,500 new members and the 1122 helpline will be inaugurated soon too.

Citing the example of the Afghan ambassador’s daughter’s ‘abduction’, he said she was rescued with the help of CCTV footage.

According to the minister, 1,200 new cameras had been approved for the capital.

The interior minister stated that there was no long march at present, and those who demand it should sit together and take the country forward.

“The opposition should march with enthusiasm. The government will take steps within its jurisdiction. Anarchy and disorder will not be allowed in the country”, he asserted.