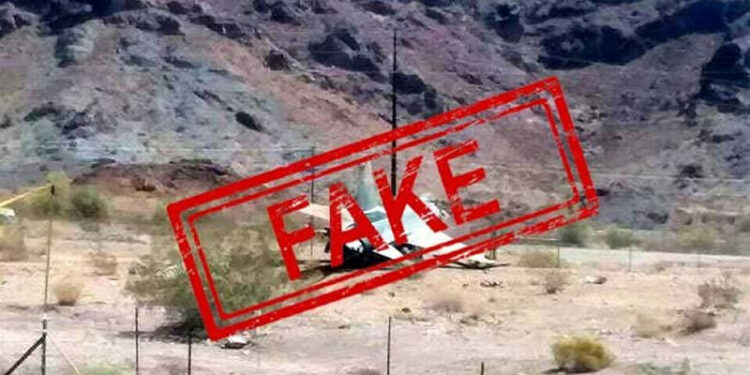 Taliban’s swift rise to power in Afghanistan and feeble resistance to them in now-fallen Pangshir Valley has spawned a high volume of misinformation the Indian media has been churning out – but only to embarrass themselves.

On Monday, several independent journalists from various corners of the world ridiculed India for spreading lies through fake claims on social media that a fighter jet was shot down by the anti-Taliban forces in Afghanistan’s Panjshir valley.

Even the saner elements in the country slammed their media outlets and termed them, clowns, for using even video game recording and portraying it as real-time footage of a Pakistan Air Force (PAF) jet flying over Panjshir.

India’s Republic TV and Zee Hindustan aired footage from the video game Arma-3 and claimed that the visuals showed the PAF attacking the anti-Taliban fighters in the ongoing military conflict between fighters in the valley. The embarrassing impropriety was pointed out by the fact-check website Boom.

Taking to the micro-blogging site Twitter, Michael Kugelman, deputy director at the US-based Wilson Center think-tank, said: “Some Indian TV media have used video game images instead of real footage (of which there is very little available) to depict the assault in Panjshir.”

He said that however zany it may sound for the uninitiated, “it’s not the first time happened during the Balakot crisis too, back in 2019”.

Additionally, Indian news channel Times Now broadcast a clip that it said showed a Pakistani fighter jet hovering over Panjshir, terming it proof of a “full-fledged Pakistani invasion” of Afghanistan.

But the UK Defence Journal debunked the claim, saying that it was an American F-15 jet flying in the United Kingdom.

Some Indians posted a picture of a crashed F-16 aircraft and claimed that it’s a PAF jet shot down in the Pnajshir Valley by the anti-Taliban forces. However, it turned out to be an old picture of a US airforce aircraft taken in 2018.

In April 2018 an article by military news website Military.com showed that picture depicting a US F-16 Fighting Falcon jet crash-landed during a routine training flight near the Arizona-California border. The same picture was also carried in an article about the crash landing by the Iranian Fars News Agency.

On Monday, the Taliban said that they had captured the valley which is the last holdout of anti-Taliban forces in the country. However, fake news about Pakistan’s military involvement in Afghanistan continued to surface in the Indian media despite repeated refutations.

Taking a jibe at the media outlets, Indian journalist Saket Gokhale said, “Panjshir in Afghanistan gets more coverage in the Indian media in a day than Kashmir or the North East get in a year.”

He added: “Narendra didn’t say a word when China attacked Galway & now occupies our land. But hysterical about China in Afghanistan,” he added. In another tweet, the journalist questioned whether the clashes between Assam and Mizoram received “even 0.00001% of the coverage that Panjshir is getting on the news?”

Saba Naqvi, another Indian journalist termed those involved in creating these fake news clowns. “Some of our ‘news’ channels are covering themselves in great glory today Indian journalist Nidhi Razdan. Our TV news has finally turned out to be just badly made video games. The defining story of the day confirms that clowns run these channels. But they are dangerous clowns.”