As the telecom industry’s market size has grown to $16.9 billion after attracting $1.2bn in foreign direct investments in the last three years, the Ministry of Information Technology and Telecom is aiming to roll out 5G in 2023. 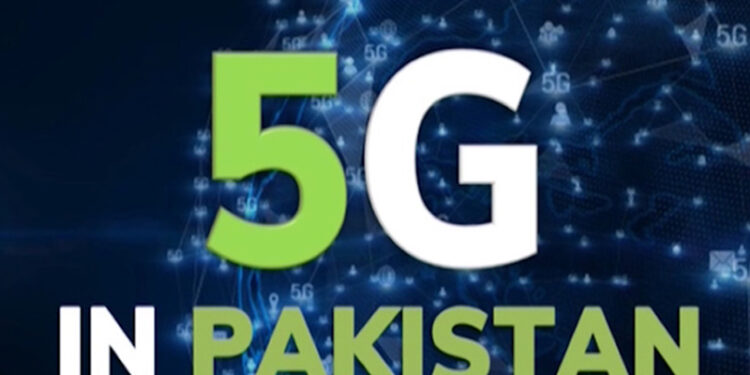 The ministry has said that the target has also been welcomed by foreign investors too.

In a recent presentation on the sector’s performance to Prime Minister Imran Khan, the ministry has highlighted that for meeting the future requirements of digitization across the country and the launch of future technological needs such as 5G, projects have been launched for “deep fiberisation’ by the Universal Service Fund (USF) to expand the telecom services and internet even in remote and backward areas of the country.

During the period 2018-22 more than 10,000 km optical fiber cable will be laid across the country providing high-speed internet to 1,175 towns and the union councils. The ministry has said that USF projects have covered over 1,800km of unse­rved road network including highways and motorways in Balochistan.

While commenting on the importance of the deep fiberisation project, Minister for IT and Telecom Syed Amin ul Haq said that the government was banking heavily on increasing exports of IT services up to $5bn by the end of 2022-23.

“We will ensure affordable and high-speed internet to people in small towns and I am sure even girls from KP and GB region will excel as freelancers while working from their local areas,” the minister said.

The report has highlighted that the USF has played an extensive role in telecom infrastructure development for future digital growth by contracting out 43 projects amounting to Rs29bn in unserved and underserved areas. These included over 65 districts in Southern Balochistan, former FATA, and interior Sindh, catering to a population of over 25 million.

The ministry maintains that the upcoming spectrum auction for AJ&K and GB for next-generation mobile services, will help improve the telecom and broadband services in these areas.

The report highlighted that as connectivity was being expanded to secondary and tertiary towns and remote areas, the Pakistan Software Export Board (PSEB) has initiated projects in these cities and towns to develop an IT growth hub there.

While eight software technology parks have already been established, the PSEB will establish 32 more in secondary and tertiary cities under public-private partnership mode, which will help develop the software development industry and creating white collar jobs for inclusive growth.

It has been highlighted that 40 IT companies have been listed on the Pakistan Stock Exchange.

The ministry has said that to meet the challenges and requirements related to the growth of IT and telecom, several policy initiatives have been taken including the approval of the first-ever Cyber Security Policy for Pakistan.

The other major achievement highlighted in the report was that the National Telecom Corporation (NTC) has been turned into a profitable entity and starting with Rs52m in 2018-19, the NTC made a profit of Rs504m the following year and in 2020-21 its profit was Rs423m.

The NTC was also providing services to more than 450 official websites to protect them from cyber attacks and hacking.

The other key entities under the IT ministry are Ignite National Technology Fund, which is a torchbearer for technology innovation and entrepreneurship in Pakistan, and the National IT Board that is responsible to execute e-governance programs for the federal government to achieve the target of paperless working in government offices.