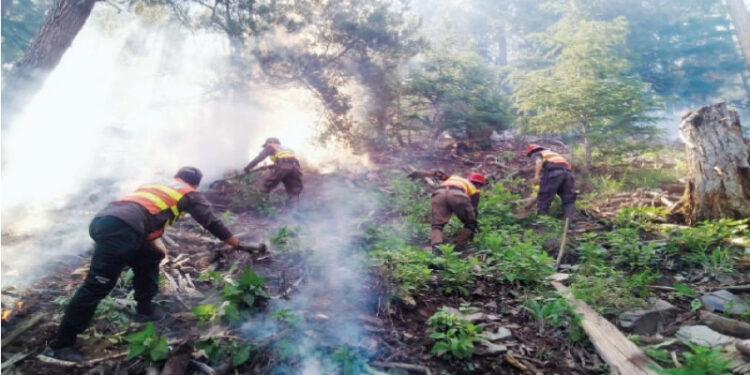 CHITRAL: Fire erupted in the core zone of Chitral Gol National Park on Thursday afternoon at the Zarbat area situated above Theengshen village.

Divisional forest officer of the park’s wildlife division Syed Sarmad told this correspondent that the officials of wildlife and forest departments were being helped by the local community volunteers in extinguishing the fire.

He said that efforts were underway to control the fire from spreading to the densely populated segment of the forest.

Mr. Sarmad said that about 100 acres of the forest had been affected so far. He said the forest contained chilgoza pine trees and one of the possible causes of the eruption of fire could be the negligence of chilgoza collectors as the harvesting season was in progress.