The National Accountability Bureau (NAB) has initiated a legal process to recover the approximately Rs1.85 billion fine in the Avenfield apartments case from Nawaz Sharif by ordering immediate sale of his properties. 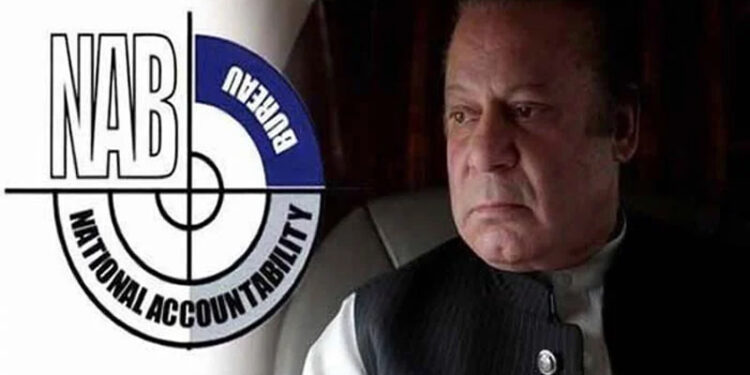 NAB Lahore Director General Shehzad Saleem on Tuesday sent a list of properties of the PML-N supremo to deputy commissioners of Lahore and Sheikhupura, where these properties were situated, with the directions to immediately sell them.

The anti-corruption watchdog, in a press release, called it a major recovery from a former premier in a corruption case in history and a response to the questions raised in political circles on its recoveries, while the PML-N claimed the action has been taken prematurely as the matter was sub judice.

Mr. Sharif had been handed down a 10-year jail term along with a fine of eight million pounds (around Rs1.85bn) in the Avenfield apartments case.

Maryam Nawaz, a co-accused, had been handed down seven years in jail and fined two million pounds, while her husband, retired Capt Muhammad Safdar, was awarded one-year imprisonment. The appeal of both these convicts is, however, pending adjudication with the Islamabad High Court (IHC).

The bureau claims that a similar appeal by Mr. Sharif had been rejected by the IHC on June 23 for being an absconder.

The appeals had been filed against the Islamabad accountability court judgment dated July 6, 2018.

A NAB official told Dawn that Mr. Sharif did not approach the Supreme Court within the stipulated time frame against the rejection of his appeal by the IHC, so technically it is legal for the NAB to start proceedings for the sale of the convict’s properties to recover the fine amount.

The NAB letter to the deputy commissioners also sought to deposit the sale proceeds with the national treasury to be utilized for development projects. It also clarified that if the fine amount could not be recovered from the above properties, a fresh search would be launched to detect more properties of Mr. Sharif.

PML-N Central Information Secretary Marriyum Aurangzeb said the step has been taken while the issue has still not attained finality and is sub judice.

In a statement, she called the NAB press release against Nawaz Sharif “a desperate plea by the NAB chairman” for an extension in his tenure. Nawaz’s assets are being usurped on the pretext of recovery of fine under a “tainted” verdict of the NAB court “extracted” through blackmailing judges with (objectionable) videos, and a verdict that was a product of “bribing” of judges in an Islamabad hotel.

The former information minister said that in his 35-year political career during which Mr. Sharif served as the chief minister twice and prime minister thrice not a single penny of embezzlement of public money was proven against him.