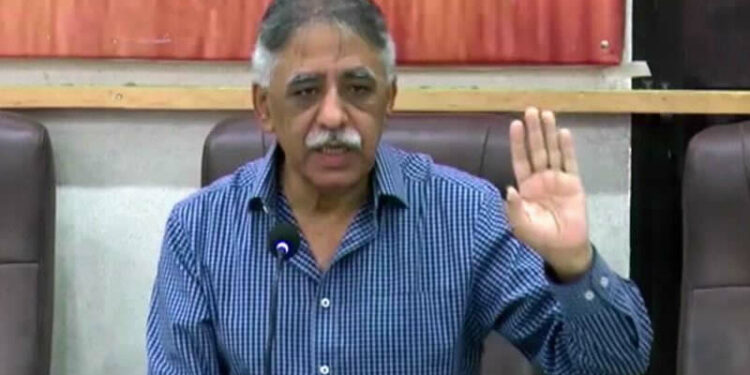 After footage purportedly showing Pakistan Muslim League-Nawaz (PML-N) leader Muhammad Zubair engaging in sex acts with an unidentified woman went viral, the former governor of Sindh categorically denied his involvement terming it to be a “new low in politics” along with claiming the video is “fake and doctored”.

This is no politics. In fact a new low !! By launching a fake & doctored video against me.
Whoever is behind this has done an extremely poor & shameful act. I have served my
country with honesty,integrity & commitment. Will continue to raise my voice for betterment of Pakistan.

“Whoever is behind this has done an extremely poor and shameful act. I have served my country with honesty, integrity, and commitment. I Will continue to raise my voice for the betterment of Pakistan,” Zubair wrote on Twitter.

Earlier in the day, the mobile footage, which allegedly shows the PML-N leader in a bedroom with a blurred-out woman spread like wildfire on social media with #ZubairUmar becoming the top trend on Pakistani Twitter.

Netizens intensely debated whether the video was real and if so, how the ‘footage’ was leaked.

I have talked to the concerned person and he says its doctored and fake. https://t.co/7y8V3BuH8F

A slew of politicians in the country has fallen prey to footage showing them not on their best behavior.

Earlier this year, Special Assistant to the Punjab Chief Minister Dr Firdous Ashiq Awan made headlines as footage of her getting into a physical altercation with PPP MNA Qadir Khan Mandokhail went viral on social media.