Calls for expediting legislation for protection of green spaces 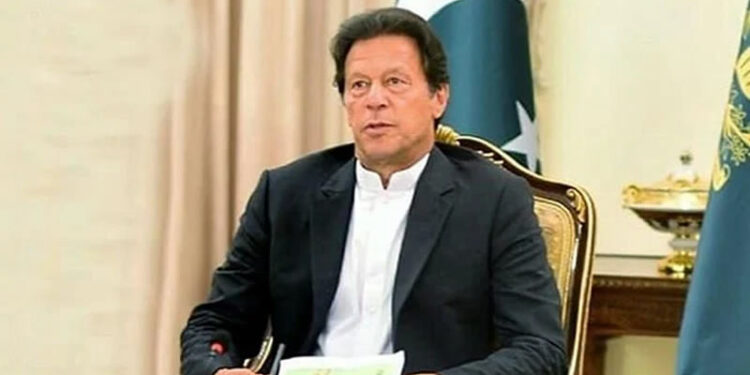 Prime Minister Imran Khan on Thursday said that as many as 250,000 employment opportunities have so far been created in the country since the construction activities started under the Naya Pakistan Housing Program.

“As cadastral mapping is important for eliminating encroachments and enhancing land revenues, provinces should expedite legislation for stopping land-use changes and protection of green spaces,” he said while presiding over a meeting of the National Coordination Committee (NCC) on Housing, Construction & Development held here.

The meeting was held to review the progress made on existing and new projects, read a press release issued by the PM Media Wing.

While receiving a briefing from Surveyor General of Pakistan Maj Gen Shahid Pervez, the PM said that cadastral mapping would help in the development of an ‘authentic’ land record database. It would help in clearly identifying demarcation of land and thereby eliminate illegal encroachments, he added.

Moreover, the premier said that authentic database would also contribute towards enhancing revenues received from lands. “Land-use changes need to be checked where green vegetation areas are being converted to urban projects,” he said.

PM Imran advised all the provincial and Azad Jammu and Kashmir (AJK) governments to expedite legislation to put a stop to land-use changes. He stated the protection of green spaces and agricultural lands was essential for environmental considerations and to safeguard food security. However, he added that construction projects would be allowed under regulations.

Officials briefed the NCC that under phase-I of the mapping exercise, 90 per cent digitisation of state lands has been completed in Punjab, 96% in Khyber-Pakhtunkhwa and 50% in Balochistan.

With the help of cadastral maps, the Capital Development Authority (CDA) chairman said the CDA had started imposing fines on encroachers and the amount collected was being used for compensation of the masses who were defrauded by illegal housing societies.

Earlier the PM also chaired a meeting to review progress made on the Ravi Urban Development Project and the Central Business District Lahore. He directed the authorities concerned to expedite progress as such projects were very important for attracting the Foreign Direct Investment (FDI) in the country.

PM Imran also posted a tweet to stress the importance of green space.

“Our government is dedicated to the preservation of our trees and every tree is being saved — including saving & replanting trees that need to be removed from a particular location,” PM Imran said in a tweet. The prime minister also shared a video clip, which showed a plant is removed from a site and planted at another location.

Our government is dedicated to preservation of our trees and every tree is being saved — including saving & replanting trees that need to be removed from a particular location. pic.twitter.com/tS0uAvkZfK

The premier said that with measures being taken for the promotion of investment and exports, investors were expressing confidence in the government’s business-friendly policies.

During the meeting, they briefed the prime minister on measures taken for the promotion of investment in Dubai Expo 2020. The existing potential of organic cotton in Balochistan was also discussed in the meeting. They also talked about the progress of the new textile policy and its early implementation.