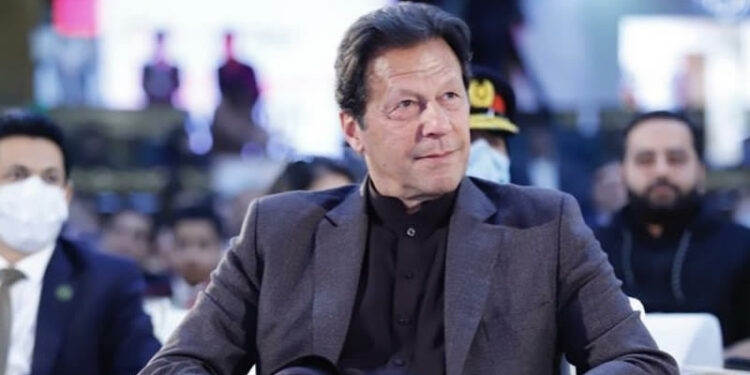 Addressing here at the launch of the nationwide Spring Tree Plantation campaign, the prime minister said owing to Pakistan’s vulnerability to climate change, massive forestation was crucial to saving the country.

The tree plantation event coincided with World Scouts Day as the government decided to register the young force with the Ten Billion Tree Tsunami project to carry out plantation at a wider scale.

Around 750,000 scouts of the Pakistan Boy Scouts Association will join the drive to achieve the target of planting 540 million trees this season.

The prime minister said the purpose of choosing Scouts Day for the launch of the plantation campaign was to encourage the youth to take responsibility in protecting their environment.

He said a highly climate-vulnerable Pakistan could not cope with climate risks, particularly floods, desertification, and heatwaves, which had become increasingly frequent due to global warming and reduced tree cover.

He said Pakistan was blessed with immense natural resources, adding that it was the responsibility of every citizen to contribute towards protecting the environment through the plantation.

He said planting at least five trees per family would go a long way in making Pakistan clean and green.

He mentioned that the Ten Billion Tree project acclaimed international recognition, including by the World Economic Forum and the British prime minister who acknowledged Pakistan as a leader in combating climate change.

“Our future is linked with a green Pakistan and we all need to join hands in achieving this goal,” he said.

He mentioned that the current season would witness the target accomplishment of planting 540 million trees.

Special Assistant to Adviser on Climate Change Malik Amin Aslam said Pakistan’s successful tree plantation model was inspiring several countries and mentioned that recently a Memorandum of Understanding was signed with Saudi Arabia in this regard.

According to the MoU, he said, Pakistan will present a plantation model to the Kingdom based on the suggestions of its own experts.

He said the German Minister for Environment had stated that his government intended to inject 20 million Euros into the Ten Billion Tree Tsunami project.

Earlier, the prime minister planted a sapling to mark the launch of the Spring Tree Plantation campaign.

Youth should in no way miss the IT revolution to generate revenue, fill the trade gap: PM