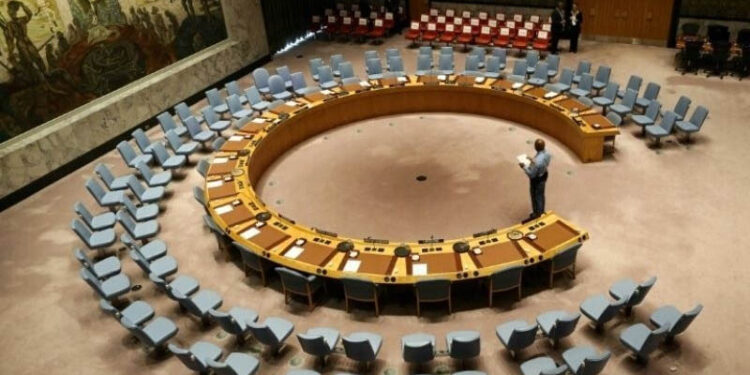 UNITED NATIONS: Reaffirming its firm opposition to additional permanent seats in an enlarged United Nations Security Council, Pakistan told a UN panel Monday that those seeking permanent membership of the 15-nation body were doing so for power and privilege, not by the desire to promote international peace and security.

Speaking during the resumed Inter-Governmental Negotiations (IGN) aimed at reforming the Security Council, Ambassador Munir Akram said that the Uniting for Consensus (UfC) group was “not prepared” to accept the insistence by Group of Four — India, Brazil, Germany and Japan — for the creation of additional permanent membership for individual states.

On its part, the UfC, which is led by Italy and Pakistan, has been campaigning for more non-permanent seat on the Council to make it more efficient and representative.

“If progress is to be made in the IGN process through such informal consultations, the essential requirement is greater flexibility in the positions of all parties – not innovations in this process,” the Pakistani envoy said, adding that the UfC has displayed the greatest flexibility and offered to modulate its position in attempts to promote consensus on the Council reform.

As regards UfC’s rationale for opposing the concept of permanent membership, Ambassador Akram said it violates the UN Charter principle of sovereign equality.

“Most of us were not founding members (of UN). We did not contribute to the designation of 5 permanent members in the Charter. We cannot now agree to expand this inequality by creating additional permanent members and accepting a status which is less than for sovereign state,” he added.

Pointing out that he primary reason for the Security Council’s frequent failure to respond effectively to conflicts is the inability of its permanent members to agree on decisive action, the Pakistani envoy said adding more will multiply the Council’s paralysis. The UfC’s proposal to add 11 non-permanent members will reduce inequality and enlarge the voice and influence of those States which are not involved in great power rivalries. “This will add dynamism to the work of the Security Council.”

Also, Ambassador Akram said, that the addition of six permanent members, as proposed by G-4, would reduce the prospects for “equitable representation”. While 11 States would be “permanently” represented on the Council, the other 182 member states will have to compete for election to the remaining 15 seats on the Council. The “balance” of power and influence would be even more heavily tilted towards the permanent members contradicting the objectives of equity, democracy and representation.

Referring to the argument advanced by the aspirants of a seat on UN’s high table, that their permanent membership would reflect “current realities” and that they are the most capable to contribute to promote world peace, the Pakistani envoy said that those can change.

“I do not think that any of these aspirants have covered themselves with glory in contributing to international peace and security in the current crisis,” Ambassador Akram said, obviously referring to the situation in Ukraine, adding that most of them are or want to become members of alliances led by one or more of the existing permanent members.

“Their desire for permanent membership is driven, not by the desire to promote international peace and security, but by narrow ambition for power and privilege,” he added.

“The ambitions of at least some of these aspirants do not match their capacity or inclinations to contribute to the maintenance and promotion of peace and security even as non-permanent members of the Council,” the Pakistani envoy said.

“What ‘legitimacy’ would their permanent presence bring to the Council”, he asked.

‘Skipper PM’: Ready to fight the match with political dacoits

‘Skipper PM’: Ready to fight the match with political dacoits