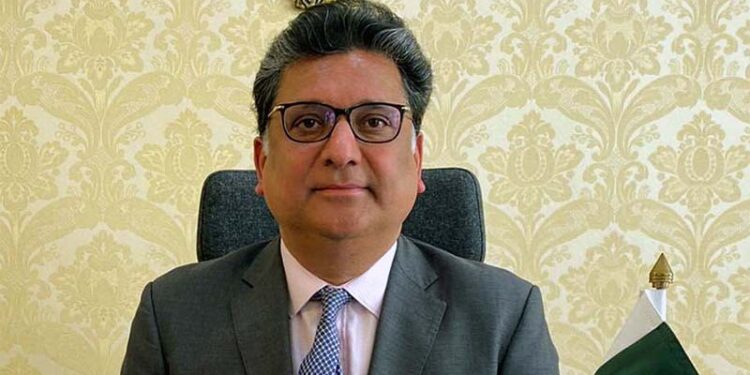 Pakistan’s ambassador to Belgium, Luxembourg and European Union Zaheer A Janjua on Monday said Pakistan reaffirmed its resolve to provide equal opportunity to Pakistani women for realizing their dreams and aspirations and making a meaningful contribution to the development of the country.

“Pakistani women, among other professions, have played an active role in the field of diplomacy since the inception of Pakistan. Begum Shaista Ikramullah was a member of the committee that worked on the Universal Declaration of Human Rights and the Convention against Genocide in 1948. Begum Rana Liaquat Ali Khan became the first Pakistani woman to be appointed Ambassador in 1952. She served as Representative of Pakistan to the 7th session of the United Nations General Assembly and was the 2nd Muslim woman delegate to the UN.”

“Since 1973, when the Foreign Service of Pakistan was opened for women, the strength of female officers has steadily increased. Today, I feel proud to highlight that 114 female officers are currently serving at the Ministry of Foreign Affairs and diplomatic missions across the world,” he added.

The envoy said, “In the recent past, there have been many iconic figures and trailblazers. Ms. Hina Rabbani Khar served as the first woman and youngest Foreign Minister of Pakistan from 2011-13. Ambassador Tehmina Janjua, who also served as Pakistan’s Permanent Representative to the UN in Geneva and Ambassador in Italy, became the first woman Foreign Secretary in 2017.

“We also have two women Consuls’ General in Milan and New York.”

The stellar contributions of Pakistani women diplomats had left an indelible mark on the canvas of Pakistani diplomacy. Our female officers had remained steadfast and proved their metal in different capitals of the world, he added.

“On the auspicious occasion of the International Women’s Day, I would like to pay tribute to Pakistani women for their invaluable contribution to the development of our country. I would, in particular, like to recognize the meritorious services of female Pakistani diplomats in the service of the country, who are working in Pakistan and abroad with traditional zeal, enthusiasm and hard work.”