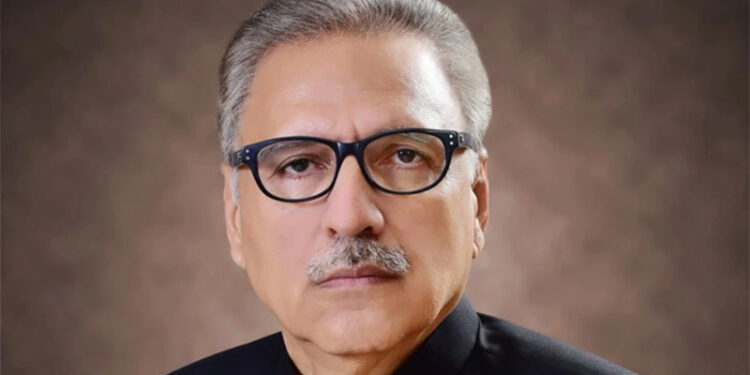 President Dr. Arif Alvi on Tuesday made a telephonic contact with Chief of the Army Staff (COAS) General Qamar Javed Bajwa and expressed his deep grief and shock over the martyrdom of army officers and Jawans in the helicopter crash in Balochistan.

The President paid tribute to the martyred for their services for the country and nation and said that “the sons of soil”, who were busy in flood relief activities in Balochistan, embraced martyrdom while serving the nation with utmost devotion.

“These sons equipped with the spirit of selfless service are the nation’s benefactors,” he stressed.

During the telephonic conversation with COAS, the President recalled his meeting with Lt. Gen. Sarfraz Ali during his last visit to Gwadar and the briefing given to him by the Corps Commander.

During the briefing, President Alvi said, he found Lt. Gen. Sarfraz Ali as a competent, intelligent and dutiful officer.

General Qamar Javed Bajwa told the President that the low visibility due to bad weather during the flood relief activities caused the helicopter crash.

The Chief of Army Staff further said that wreckage of the helicopter has been found and all the army officers have embraced martyrdom.

The President told the COAS that he intended to attend the funeral prayers for the martyred and will especially condole with the bereaved families.