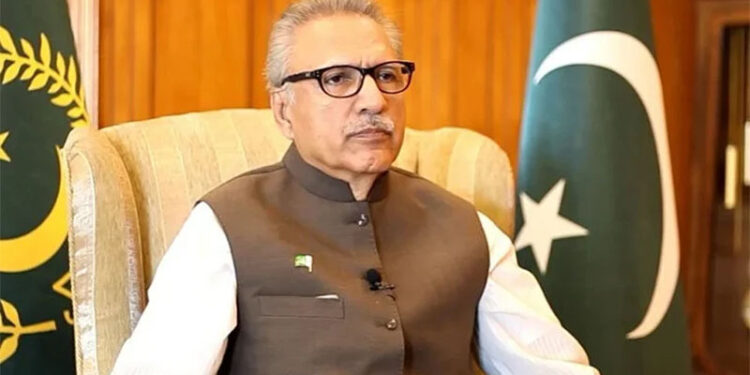 ISLAMABAD: President Dr Arif Alvi on Thursday said the democratic values of public participation in decision-making, human rights, freedom of expression and the principle of holding periodic free and fair elections by universal suffrage are the cornerstone of democracy.

In his message on World Democracy Day, the president said Pakistan stands firm on the commitment that true democracy is the only way forward for inclusive decision-making and policy formulation, particularly for minorities and vulnerable segments of socie

“True representation of people, fairness, equality, social justice and rule of law are at the heart of any democratic nation and Pakistan strives to garner these values through its Constitution that guarantees them,” he said.

The president quoted a saying of Quaid-i-Azam Muhammad Ali Jinnah that democracy is in the blood of the Muslims, who look upon complete equality of mankind, and believe in fraternity, equality, and liberty.

He said as the world stands in unison to celebrate the International Day of Democracy, Pakistan reiterates its resolve to nurture and strengthen democracy in accordance with Islamic tenets and the vision of the founder of the nation.

He mentioned that the Constitution of Pakistan is enshrined with democratic principles and a parliamentary form of government.

Dr Alvi said democracy is as much a process as a goal, and only with full participation and support of the international community, democratic institutions, civil society and people who are the ultimate stakeholders, can the ideal of democracy be converted into reality and enjoyed by everyone, everywhere.

He said Pakistan stands in solidarity with all the oppressed people of the world who are voiceless and cannot exercise their democratic right of self-determination, especially the people of IIOJK.