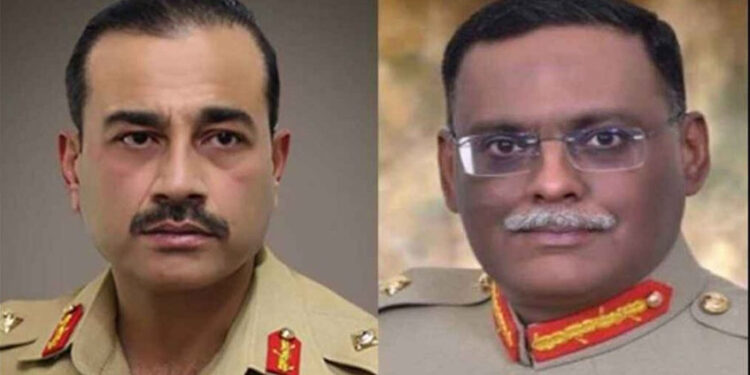 President Alvi decorated the CJCSC and the COAS with the prestigious award for their outstanding services to the country.

According to the citation read out at the occasion, General Shamshad Mirza was commissioned in 1987 in Infantry Battalion. He graduated from Command and Staf College, Quetta and National Defence University, Islamabad. He also attended M.Sc (Global Security) course from Cranfield University, United Kingdom.

About General Syed Asim Munir Ahmad Shah, the citation mentioned that he was commissioned in April 1986 in 23 Frontier Force Regiment and is a recipient of the coveted Sword of Honour of 17h OTS Course. He is a graduate of Fuji School, Japan, Command and Staff College, Quetta, Malaysian Armed Forces Command & Staff College, Kuala Lumpur and National Defence University, Islamabad. He also holds M. Phil degree in Public Policy and Strategic Security Management.

General Asim Munir was promoted to the rank of General and appointed as Chief of the Army Staff, General Headquarters on 29th November 2022.