by aneel
in Balochistan
0 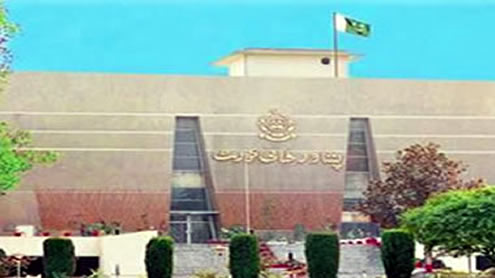 PESHAWAR, Oct 6: The Peshawar High Court on Thursday directed the anti-corruption establishment (ACE) to conduct an inquiry into the assets of a police officer charged with keeping persons in illegal captivity for ransom.

A two-member bench comprising Justice Dost Mohammad Khan and Justice Nasir Hussain expressed annoyance over the issue after a recently surfaced missing person informed the court that the station house officer (SHO) of Akora Khattak police station had kept him in illegal confinement and was demanding Rs500,000 for his release.

The bench directed the ACE to look into the entire assets of the SHO and also ascertain how much assets he possessed before assuming his office. It was directed that lifestyle of the SHO should also be inquired into and the report should be submitted to the registrar of the high court within 40 days.

The bench issued the order over a habeas corpus petition filed by a resident of Akora Khattak, Ardali Khan, who alleged that his son, Sohail Khan, who was a tube-well operator, was picked up by a police party headed by SHO Ajmir Shah. He stated that the said raid took place on Aug 4, 2011, at their village Nandra.

When the bench took up for hearing the case, Sohail Khan also appeared with his father and stated that he was set free on Sept 29. He alleged that he was severely tortured in custody and the SHO was asking him to pay him money otherwise he would be killed. He added that he told the SHO that he was a tube-well operator and had no money. The court disposed of the petition with the direction to the petitioner to approach the concerned court in Nowshera and file a criminal complaint against the official.

Two days ago another bench of the high court had ordered registration of FIR against the said official after parents of a missing person accused him in the courtroom of taking away their son over a year ago in Akora Khattak. While he was denying that he had ever arrested the said detainee, Sher Baz, the parents asked him not to take false oath as he had arrested him in front of several witnesses.

Obama to ’85 Bears: Most fun he’s had as president

Obama to '85 Bears: Most fun he's had as president