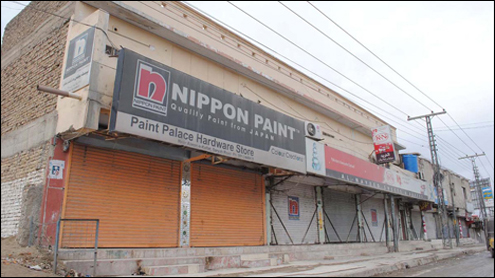 The deceased, who were sister and niece of Baloch Republican Party chief Brahamdagh Bugti, were shot dead in Karachi on January 31. The strike call was given by BRP and supported by the Balochistan National Party and National Party, trade and transport unions. All roads wore a deserted look in most parts of Balochistan. Heavy contingents of police, Frontier Corps and other law enforcement agencies were deployed at different places. – Dailytimes

Effect of physical activity on health and well-being