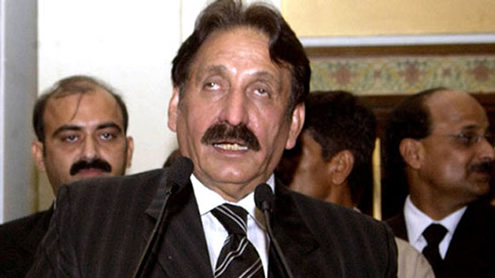 “Law enforcement agencies should go with full force against the elements opposed to peace in Balochistan,” the chief justice remarked while hearing different cases pertaining to law and order situation in Balochistan and a suo moto notice on the recovery of Dr Ghulam Rasool here at the Supreme Court’s Quetta Registry.

Expressing his displeasure over the law and order situation in Balochistan, he said that “unless and until outlaws rings involved in kidnapping for ransom are brought to justice and the captors set abductees free without the payment of ransom demand, the writ of the government cannot be deemed as satisfactory in the province.” Earlier, Balochistan Home Secretary Naseebullah Bazai and Inspector General of Balochistan Police Umer Khitab briefed the chief justice about the progress made in the kidnapping for ransom and other law and order cases.

“The situation in Balochistan is grim, contrary to the progress made by the authorities concerned,” Chief Justice responded to the report, adding no one is above the constitution and law and that everybody should be treated equally if found guilty. He said that irrespective of their influence, the criminals must be dealt with in accordance to the law and the constitution of Pakistan. If action could have been taken against the responsible than kidnapping of BRSP men, incident of Murga Kibzai and scores of similar incidents occurred in Pishin, Quetta and other areas of the province would not have taken place, he maintained.

The CJ asked the Customs and Excise and Taxation departments of Balochistan to continue action against unregistered vehicles so that crimes carried out through these vehicles be mitigated. The hearing was subsequently adjourned until Sept 3. -Dawn