‘Govt May Soon Lose All Control Over Balochistan’ 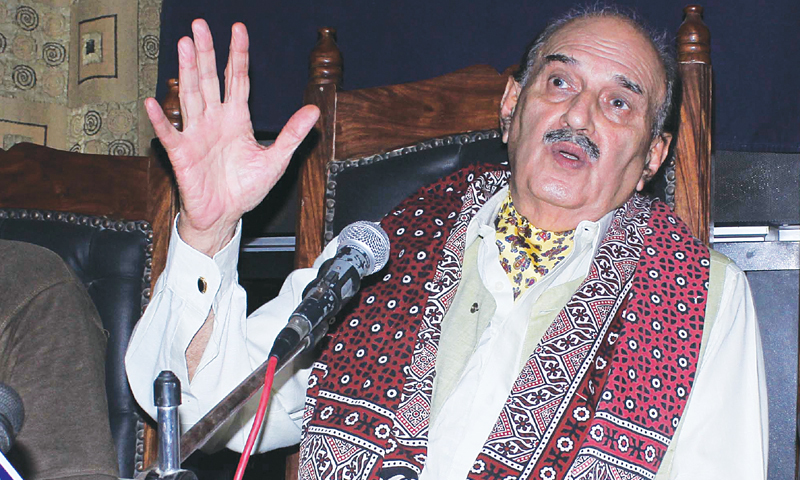 The prince of the defunct Kalat state and chief of the Baloch Rabita Ittefaq Tehreek, Prince Mohyuddin Baloch, has warned that if the government fails to settle by the end of 2015 the Balochistan issue according to the aspirations of people, it will soon lose all control over the situation.

“We have so far managed to restrain [disgruntled] Baloch people but after Dec 31, 2015 the situation will get out of our control and our rulers will no more be in a position to do anything to reverse it. After the end of this year, we will be forced to allow Baloch people to take any path they like,” said the prince at a press conference held at a local hotel here on Thursday. He was accompanied by his younger brother Prince Yahya Baloch of Kalat. He said: “So far, our 5,000 children have been killed and some 10,000 people have been kidnapped, but no one should think that the resistance has been crushed. It is correct that Baloch are by nature slow, stubborn and quarrelsome, but when it comes to war no one can defeat them.” The entire world was increasingly becoming interested in Balochistan and trying to take advantage of it because of its strategic position.

All wanted to exploit its resources at the cost of Baloch people who remained deprived with little positive impact on their life, he said. The prince who remained federal minister in military ruler Gen Ziaul Haq’s regime said: “My father Khan of Kalat had attached his autonomous state to that of Pakistan on the advice of the Quaid-i-Azam and in the hope that a big Islamic state was in the making, but after its coming into being, the Pakistan of the Quaid-i-Azam and Allama Iqbal was forgotten. “Though we were a small state, we were content with whatever we had. Not only were we practising Islam but we also used to have a form of democracy in line with our Baloch traditions, but after joining Pakistan, we lost everything and were grossly neglected by the new state,” he said. He recalled that a democratic government was dismissed in Balochistan in 1972 because everyone had set their sights on its resources and every ruler wanted to exploit its strategic position. “Sometimes Baloch people were branded as traitors and foreign agents without producing any proof. But in spite of it we always talked about peace,” he said. He said that from 1976 to 1999, the situation remained comparatively peaceful in the province but afterwards it went downhill. “Today we see use of force, mutilated bodies dumped in deserted places, even I could have got killed but let me make it clear that at present Baloch people are not at war but are staging protests and even those who have climbed to mountains tops are not engaged in fighting,” he said. He said the objective of the protest was to draw the government’s attention and make it listen to them but, regretfully, no one was paying any heed to their cries. “If someone thinks Baloch organisations have vanished into thin air, he is mistaken.

No doubt some Baloch leaders are abroad and others lie low within the country, but all resistance groups are part of Baloch nation and everyone has its sphere of influence,” he said. In reply to a question the prince said the purpose of his press conference was to awaken the establishment in Lahore and Islamabad from their deep slumber and bring home to them the fact that Baloch people were not happy with the present situation. “Pakistan at present is passing through the worst crisis of its history. The country has not even a semblance of governance. Some say it is being ruled by people in uniform, others say people in black suits are running the affairs and yet others say people in civvies are real rulers,” he said. He said that he did not recognise Nawaz Sharif as a true ruler because he did not have genuine authority. “He is merely a face of the establishment. In case of any change, such rulers will fly to the country where they have amassed their assets,” he remarked.