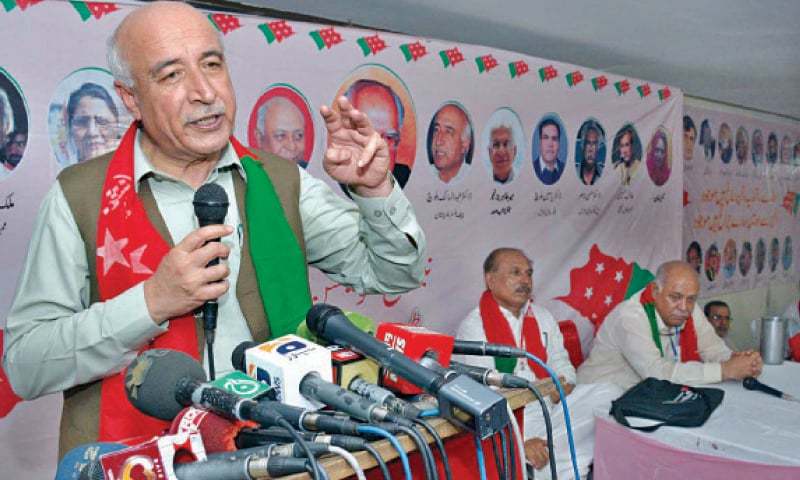 Balochistan Chief Minister Dr Abdul Malik Baloch claims his two-year rule has at least changed political, economic and security situation of his province if not brought about a revolution there.

He insists that while analysing his government the critics must keep in mind the conditions when he had taken reins of Balochistan.

“The National Party took over the government in a very difficult situation when kidnapping for ransom was a lucrative business,” he said while speaking at a National Party, Punjab, convention held here on Sunday.  He said there were many no-go areas even in Quetta where none could dare go after sunset while target killing and suicide bombing was order of the day “but now the situation has changed.” “We transformed a non-functional government to a fully functional one which is benefitting masses,” he said. Dr Baloch took credit for ending political meddling in police, Levies and other important departments, abolishing culture of “auction” of police stations and roads.

“We restructured law-enforcement agencies, equipped them and imparted training by army which has paid dividends.” The chief minister said efforts of the government infused confidence in doctors and teachers who are now performing their duties as 300,000 children from far-flung villages are now going to schools, while 3.5 million people have been vaccinated for measles. He claimed that intensity of the missing people issue lessened though not eliminated completely. He called for winning hearts of the Baloch and taking recourse to dialogue instead of use of force for the purpose as only development work would fail to do the job.

“The state is mother of citizens but this mother has been under the illegal occupation of tribal chieftains, capitalists and other influentials and the citizens will have to wage a struggle against these forces to get the state liberated from their clutches,” he said Replying to a query, Dr Baloch said the PML-N had given them assurances on Pak-China corridor “but they still have reservations.” NP President Mir Hasil Khan Bizenjo said: “Pakistan envisioned by Quaid-i-Azam can provide peace and prosperity but religious terrorism will lead us nowhere.”

Senior Vice President Tahir Bizenjo, Central Secretary General Yasin Baloch, Senators Ashok Kumar and Mir Kabir, newly-elected Punjab President Ayub Malik and others also spoke. They said the budget was disappointing because “it has been cooked by the elite for the elite” and it can be people-friendly only if prepared by real representatives of the people. They said federation could only remain intact when people were happy which was not possible in the present system, therefore, NP must widen its sphere of influence.