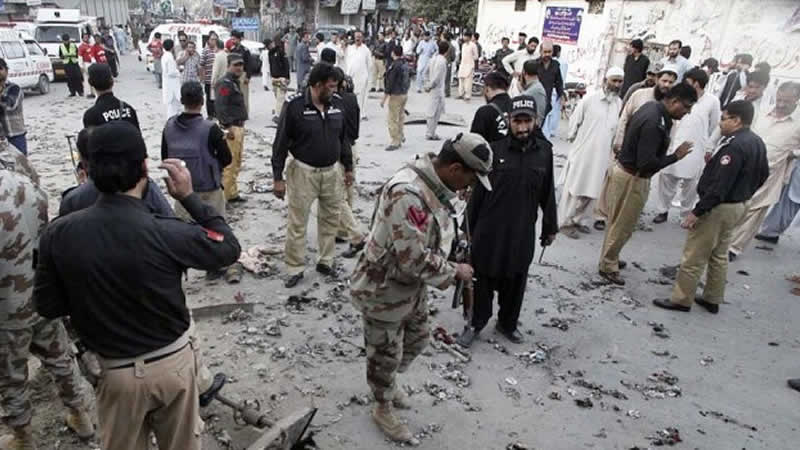 At least five people were killed and 17 others wounded in a powerful blast in Quetta area of Gulistan Road early this morning, Civil Hospital management confirmed the death toll on Friday.

The eyewitnesses said the blast occurred in a vehicle which is completely destroyed and its parts lay scattered far and wide. The security personnel of police and FC have cordoned off the area and the injured have been shifted to nearby Civil Hospital. The security forces have kick-started search operation in the area.

The sources said the injured include security personnel and the common citizens with injuries on head, chest and feet. Hospital sources said the some deaths are feared in the blast as the most of the wounded are in critical state. Emergency has been imposed in the hospital’s trauma center.

Civil Hospital spokesman Dr. Wasim Ahmed said at least five bodies and 13 injured were brought to the hospital. Meantime, four security men including an officer were shifted to CMH. The blast was so powerful that it was heard across the city and windows of the nearby building were dashed to pieces. The nature of the blast could not be ascertained as yet.