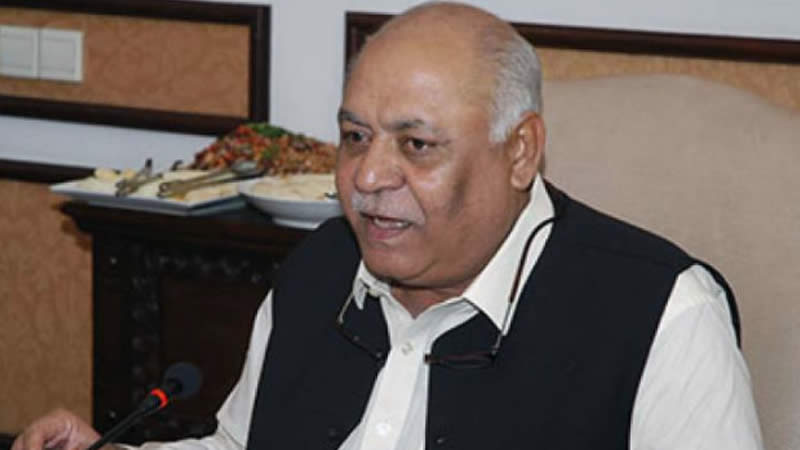 National Party chief Senator Mir Hasil Bizenjo passed away on Thursday, his family members have confimed. He was 62.

The veteran politician belonging to Balochistan was undergoing treatment at a private hospital in Karachi.

According to the reports, he was suffering from lungs cancer.

Bizenjo’s funeral prayer will be offered tomorrow (Friday) at 5pm in his native village, Naal in Khuzdar district. He will be buried in his family cemetery next to his father, Mir Ghous Baksh Bizenjo.

National Party has announced 10 days of mourning over the demise of the party chief during which all political activities will remain suspended.

Bizenjo had served as Minister for Maritime Affairs during the Pakistan Muslim League Nawaz (PML-N) last tenure (2013 to2018) in the federal government.

The seasoned politician had also remained a member of the National Assembly.

Senator Bizinjo was born into a family that has played a significant role in Balochistan’s politics. His father Mir Ghous Baksh Bizenjo, who also served as Governor of Balochistan, was a nationalist leader known for his peaceful struggle to attain Baloch people’s rights within the framework of Pakistan.

Hailing from Nal Valley of Khuzdar, central Balochistan, Senator Bizenjo started his political career from Pakistan National Party (PNP) and has been elected as the member of National Assembly twice in last general elections of 1990 and 1997.

The party had boycotted the general elections of 2008 in protest against the Balochistan situation. Yet, in 2009, he was elected as a senator – which reflects his stature as a respected politician.

In the March 2015 Senate’s elections, Bizenjo was re-elected as the party participated in General elections of 2013 under the leadership of Senator Bizenjo and Dr Abdul Malik Baloch and secured victory on 11 seats of Balochistan Provincial Assembly and 1 seat of National Assembly.

The government was formed in coalition with PkMAP and PML-N, with the party’s MPA and then president Dr Abdul Malik headed the government as Chief Minister Balochistan till early 2016.

As soon as the news broke out, President Arif Alvi, ministers and other politicians expressed grief over the death of Bizenjo and prayed for the departed soul.

In a statement, President Alvi extended condolences to the grieving family and paid tribute to the seasoned politician saying his services for the country will always be remembered.

Federal Minister for Information, Shibli Faraz said in a tweet that deceased contributions to the Constition, parliament and democracy are unforgettable.