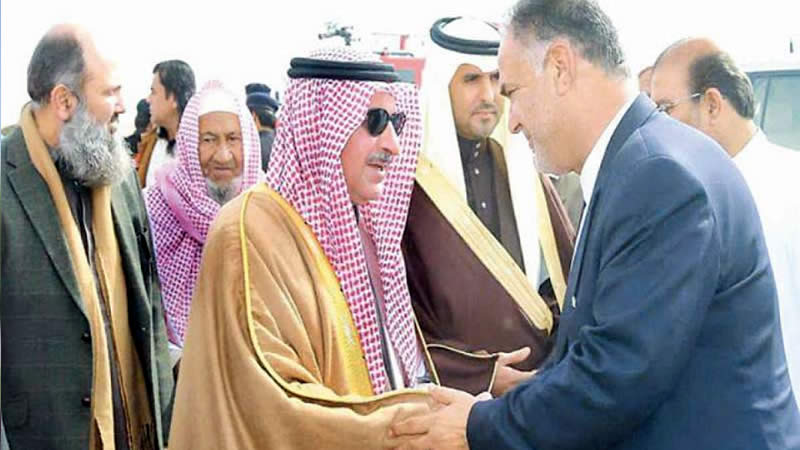 Prince Fahd, who is also the governor of Tabuk province, reached Dalbandin in his special jet. He was welcomed by Balochistan Governor Amanullah Khan Yasinzai.

A camp city has been set up for the visiting prince in Dalbandin, where he will hunt the endangered birds, according to authorities.

The two governors discussed bilateral ties between Pakistan and Saudi Arabia in a meeting on Wednesday, according to an official statement.

Covid-19 Vaccination drive to Kick off from Next Week: Asad