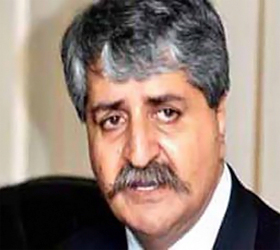 ISLAMABAD, Sep 27 (APP): Minister for Petroleum and Natural Resources Syed Naveed Qamar on Monday informed the National Assembly that the estimated reserves of Gold in the country are 47.24 million ounces and Silver as 2.49 million ounces.He said the occurrence and showing of Gold and Silver have been reported from various parts of the country including Balochistan, Gilgit-Baltistan and Khyber-Pukhtunkhaw regions.However, the reserves of these occurrence and showing have not been confirmed except for the Saindak and Rekodiq deposits, district Chaghi, Balochistan, he added.

To a question, he said Saindak Copper-Gold Project, Balochistan is the only project in the country producing gold and silver as a by product in a nominal quantity. Naveed Qamar said during the June 2009 to June 2010  23.71 million barrel oil and 1,482,85 billion cubic feet gas was produced through the public and private registered companies. Replying to a query, he said Rs.42.5 billion have been earned by the gas utility companies under the head of natural gas  charges during the period from August to September 2009 and Rs.136 billion have been earned from October 2009 to March 2010.

Naveed Qamar said during the last two year record 37 agreement have been signed between the ministry and other foreign companies in connection with the oil and gas exploration. He said government is taking various steps to over come the energy crisis in the country and in this regard several agreement have been inked to fulfill their requirement – APP